Recording of the week: Trisha Brown in conversation with Richard Alston

In 1989, Opal Loop was added to Rambert’s repertory under the artistic direction of Richard Alston. This was the first time Trisha Brown had ever agreed to stage it for a company other than her own.  Alston was the artistic director of Rambert from 1986 till 1992.

Brown also talks about her explorations of gravity and perspective for her 'walking on the walls' pieces; how she works with dancers; character and gender in dance; and Set and Reset (1983), a dance work made in collaboration with Robert Rauschenberg and Laurie Anderson. 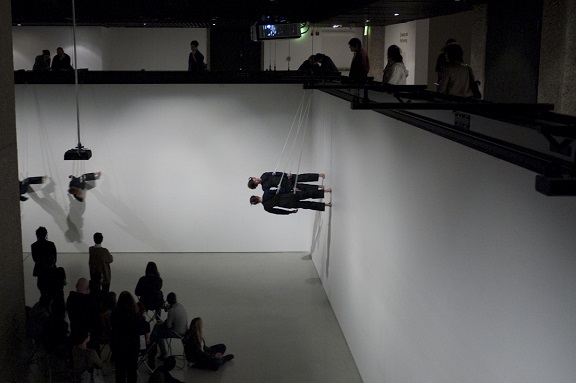 Trisha Brown – Walking on the Wall. Photo by Sascha Pohflepp / CC BY. The Barbican Gallery, London, 5 May 2011. First performed in 1971 at the Whitney Museum, New York.

This recording comes from a collection of 889 talks and discussions held at the Institute of Contemporary Arts in London between 1982-1993.