A first for women in Parliament: Mary Frampton on running the Serjeant at Arms office

Emme Ledgerwood, AHRC Collaborative Doctoral Student, University of Leicester and The British Library, writes about Mary Frampton, the first female Clerk in Charge of the Serjeant at Arms office. Mary Frampton was interviewed by Gloria Tyler for the House of Commons staff oral history collection (reference C1135/02/01-02). The interview can be listened to at the British Library St Pancras and at Boston Spa.

Today is Sarah Clarke’s first day in the House of Lords chamber as Lady Usher of the Black Rod. It marks another first for women in Parliament, as she is the first woman to take on responsibility for maintaining order within and around the Lords chamber and performing a key role in ceremonial occasions such as the State Opening of Parliament. 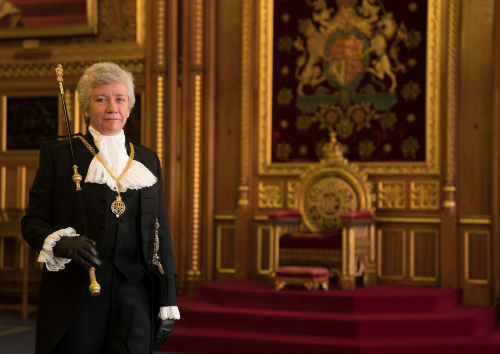 Over the course of the twentieth century, as more women have fought and won election campaigns to become MPs, so too have women worked their way into positions of seniority among the parliamentary staff, but they have not all been as visible as Clarke or Stevadason. An early example was Kathleen Midwinter, who benefited from the need in 1940 to free up men for military service so that she was appointed as the first female clerk in the House of Commons.1

Another pioneer was Mary Frampton who entered the Serjeant at Arms office as a shorthand typist in 1950 and went on to become the first female Clerk in Charge of that office in the 1970s. Her job included booking committee rooms and liaising with Whips over the allocation of office space to MPs after an election. In Frampton’s day, Serjeants were traditionally men from a service background, such as Rear-Admiral Sandy Gordon-Lennox who treated his parliamentary staff as if they were “on the quarterdeck”. Unlike some of her colleagues, Frampton took this in her stride.

Here she describes another aspect of her job.

In this capacity she had to serve writs four times, famously to Arthur Scargill. On another occasion it meant her photograph made it onto the front page of The Times. 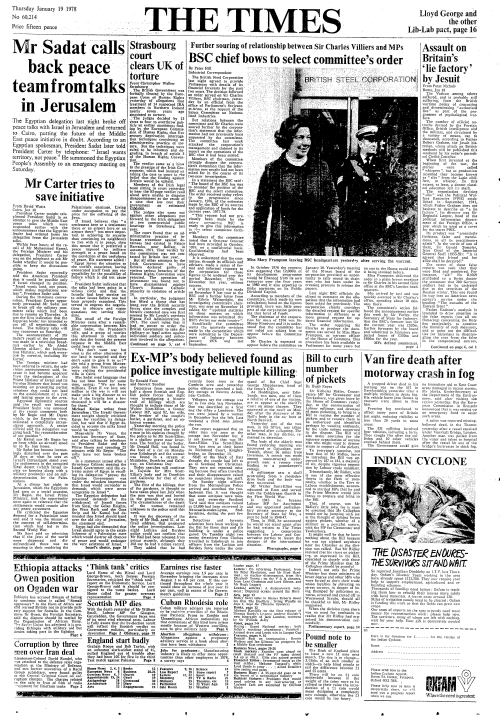 However well she held her own in these circumstances, Frampton was unable to break through the next barrier. Towards the end of her career (she retired in 1988) she applied unsuccessfully to become an Assistant Serjeant. She admitted to feeling “a bit” of disappointment, remarking “I don’t know that they’d have had a female even then.”

The House of Commons staff oral history collection comprises 18 interviews with past and present members of the staff of the House of Commons. Interviews from the collection were featured on Radio 4's Archive House, 'The House', on Saturday 30 September 2006.  The interviews can be accessed at the British Library St Pancras and at Boston Spa. Interviews with former MPs conducted as part of The History of Parliament Oral History Project can be listened to online at British Library Sounds.