This month National Life Stories publishes a new collection of theatre oral histories at British Library Sounds. The interviews that make up the collection capture life behind the scenes in British theatre - through the life stories of its designers and directors.

An Oral History of British Theatre Design (shelfmark C1173) includes six recordings charting the influence of the practitioner and teacher, Richard Negri and a further 23 theatre designers as a result of Dr Liz Wright's AHRC-funded PhD project in collaboration with Wimbledon College of Art, University of the Arts London (completed in October 2009). The collection uncovers a rich web of otherwise undocumented knowledge and reveals threads of commonality across generations, bringing to light influences and shared values across the period. Interviewees include Billy Meall, Pamela Howard and Richard Hudson.

The Legacy of the English Stage Company (shelfmark C1316) covers the careers of theatre directors and other theatre practitioners associated at some time with the Royal Court Theatre, London. Interviewees include Stephen Frears, Bill Bryden and Peter Gill.

Archivist David Govier talked to interviewer Dr Liz Wright about the British Theatre Design collection in general, and about Alison Chitty's interview in particular, for episode 5 of the National Life Stories podcast.

Alison was born in in 1948 in Isleworth, London. She trained at St Martin’s School of Art and Central School of Art and Design, and has worked in theatre, opera and film. At the beginning of her career she won an Arts Council Bursary to the Victoria Theatre in Stoke-on-Trent, where she became resident designer for seven years. In 1979 she returned to London to work at the Hampstead Theatre, Riverside Studios, Royal Shakespeare Company and the West End. She was resident designer at the National Theatre in London for eight years where she regularly collaborated with Sir Peter Hall. 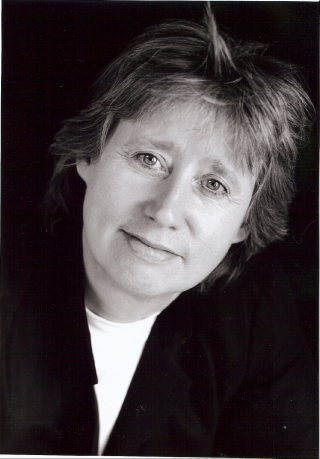 Equally active in the field of opera, she has designed productions for the Royal Opera House, English National Opera and international opera houses, and has also worked in film with Mike Leigh. She was awarded an OBE in 2004, is a Royal Designer for Industry and has an Honorary Fellowship from the University of the Arts London.

Within the context of An Oral History of British Theatre Design, Alison’s interview represents a wide range of the experiences and achievements possible to designers during the period of her career, recording her progression from regional to national and then international work. Furthermore, Alison’s training at Central School of Art and Design under Ralph Koltai and her role as Director of the Motley Theatre Design Course established by Margaret ‘Percy’ Harris, link her with two important influences on theatre design education during the second half of the twentieth century, both as a student and as a teacher passing on knowledge to future generations.

The interview, one of the longest in the collection, was carried out over three years, which allowed Liz to record the progression of some of Alison’s concurrent projects, especially The Minotaur, staged at the Royal Opera House in 2008. For Liz as a practising theatre designer, it was fascinating to hear detailed descriptions of Alison’s work on this design, see the scale model in progress and then finally watch the completed work onstage.

Even when working on a much larger scale in opera, she describes how simple ideas can be the most effective, for example in helping to overcome a difficulty during the process of designing Michael Tippett’s ‘New Year’:

“When we were dealing with the garden of remembrance I said to Michael Tippett, ‘I can’t seem to design this. I don’t know what it is and don’t know what it should be.’ And he said ‘Oh… It’s a place where roses are.’ And it totally released me. It was quite incredible. It was like one of those magic moments and as he said it I could imagine these roses blowing in the wind, floating across the space, just in the air. Almost like lovely Fifties wallpaper unravelled with great big cabbage red roses. And that’s actually what we did – they were on a gauze, these wonderful roses in the air – and we didn’t need have to have anything else.”

You can find out more about oral histories of the performing arts in our collection guide. Alongside the Library's drama and literature sound recordings, they form a unique resource for the study of postwar British theatre.