Recording of the week: Dongo lamellophone and fireside chatting

Here is an intimate recording made by one of our long time field recordists John Brearley. Travelling with his own violin to encourage a two-way flow of ideas, as suggested by anthropologist Alan Barnard, John Brearley sought out players of musical instruments and people who could perform healing dances and songs throughout Botswana, with positive results. John amassed a large and varied collection of music and interviews which illustrate the relationships he formed with the musicians that he recorded. The sound of the dongo (lamellophone) is but one part of a beautiful recording of the musician G/ashe G/ishe and his family chatting by the fireside. 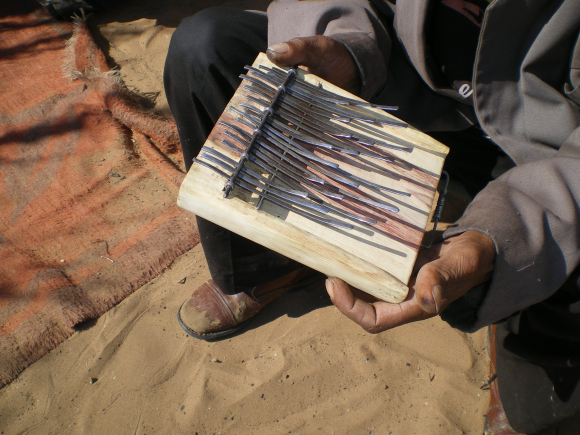 John Brearley continues to record in Botswana. His collection is an ongoing work that began with his first trip to Botswana in July 1982 to investigate and record traditional music, and to observe to what extent the influence of radio and recorded music had interrupted the use of traditional instruments. In particular he wanted to hear the music of the Basarwa. (The countries in southern Africa use different names to refer to Bushmen populations. In Botswana the term employed most often is Basarwa). Over 1000 recordings from John Brearley's collection can be explored on British Library Sounds.