Recording of the Week: The Listening Project Symphony

This week’s selection celebrates World Radio Day 2018 (13th February) and is an example of the art of radio at its best: blending creativity with actuality to illuminate aspects of our life and times and, in this instance, one of the moral dilemmas of our day. It's an excerpt from the Listening Project Symphony, a beautiful composition by Gary Carpenter for the BBC Philharmonic Orchestra, first broadcast live from Manchester in December 2012. The piece incorporates extracts from some of the intimate and often surprising conversations which have emerged from The Listening Project, a collaboration between the BBC and the British Library in which family members or friends are invited to share their stories, private thoughts and feelings with an unseen radio audience. 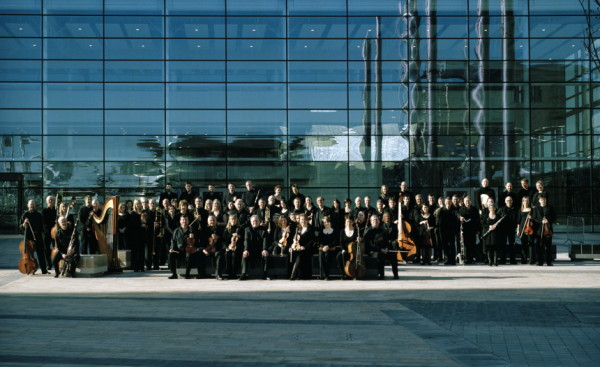 The BBC Philharmonic Orchestra at Salford Quays, 2012. Photo courtesy of the BBC

In this extract we briefly hear voices from three separate conversations, each poignant or moving in its own way even in this edited form. The third - part of a conversation between a young British Muslim woman of Indian/Pakistani descent and her India-born mother - will hold a particular resonance for some. The daughter begins by gauging her mother's response to a hypothetical question about marriage: how would you feel if I were to marry a man of a different religion? She then takes the hypothetical situation a step further - how would you feel if my partner were another woman?