Recording of the week: Trusting the Voice

The late Martyn Taylor set out in the early 1980s to capture the lived experience of older gay men. In this extract from the start of an interview from 1982, Martyn explains to his visually impaired interviewee George how the microphone works, what happens after the interview ends and crucially what his motivations are in doing the project.

It is rare to hear this sort of preparation work in the oral history recording itself – usually context is given off-microphone, or via paperwork, and then a recording agreement is signed after the interview is complete. Martyn’s unusual and charming explanation forms a great introduction to ethical good practice in oral history. 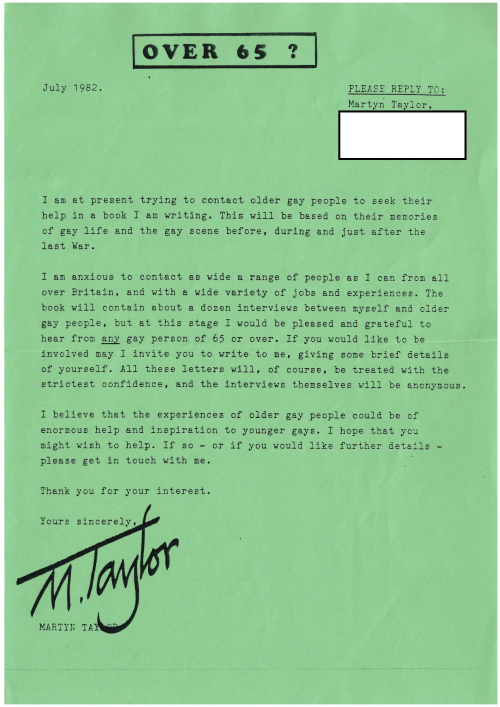 The interviewee must understand why the interview is taking place, and what will happen to it afterwards, in order for their consent to be fully informed. Ignoring this can cause serious problems further down the line when interviewees discover where their words have ended up, and how they are represented. 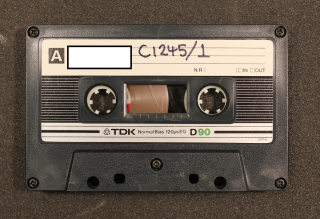 George, born in 1907, withheld his second name. In the rest of his interview, he discusses (among many other things) his family life and upbringing, realising his sexual orientation during his teens and meeting other gay men through swimming and cycling clubs. George also mentions his trouble with the police, problems of relations between gay men of different ages and discusses the changes he has seen in the language used about gay men. George was not gay - he was a homosexual.

Again and again, George emphasises the risks gay men faced in the early twentieth century, and the importance therefore of being able to judge the character of others. As someone with a visually impairment, George explains how he is able to tell someone’s character just from their voice. Likewise for oral historians, the voice is all we have.

George’s whole interview (C1245/01) can be listened to in the Library Reading Rooms, alongside five other interviews from the same collection.

Find out more about the British Library's oral histories of sexuality in our collection guide. Read and listen to more LGBTQ stories for the collections in the Library's new LGBTQ Histories webpage.