Recording of the week: being uncouth at drama school

Mother and son, Radhika and Omar, talk about Omar’s experience of attending a drama course at LAMDA - The London Academy of Music and Dramatic Art. Omar describes the assumptions that he feels people at LAMDA have made about him as a mixed-race East Londoner and they discuss the experiences of some of his fellow students as well as one of the teachers on his course. They emphasise the importance of learning from people who are different to us and not making judgments based on stereotypes. They also discuss the difference in attitudes towards career choices between Omar, who is a second generation immigrant, and Radhika, who moved to England from Sri Lanka when she was 8 years old.

The Listening Project_Radhika and Omar 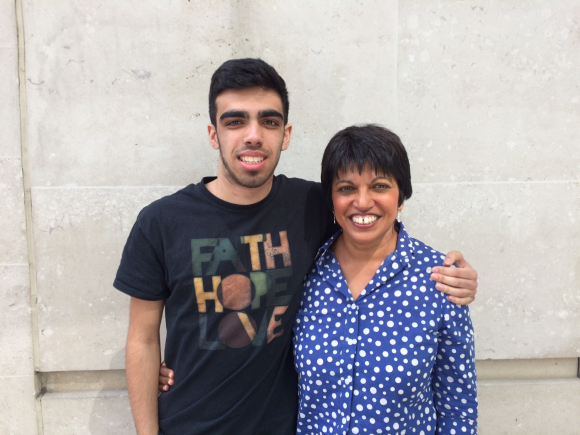 This recording is part of The Listening Project, an audio archive of conversations recorded by the BBC and archived at the British Library. The full conversation between Radhika and Omar can be found here.