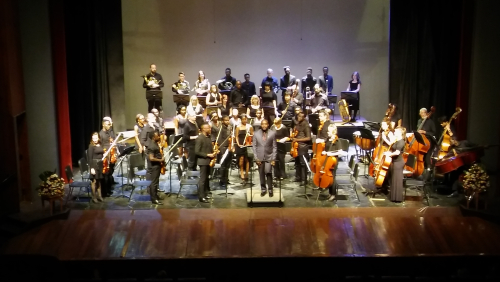 Levi Wataka and the Nairobi Orchestra

I recently gave a public lecture at the British Library titled Classic Treasures from the Sound Archive and the following day left for Kenya to repeat it in Nairobi.  I had been invited to become involved in a number of musical activities by Richard and Julia Moss.  As members and organisers of the Nairobi Orchestra, they have been responsible, almost single-handedly, in promoting classical music in Kenya for more than fifty years.  Their efforts were rewarded in 2010 when they both received an MBE ‘for services to classical music in Kenya’ and Richard published a book of recollections - Quavers near the Equator.  Now, many young Kenyans have the opportunity to study music at the Kenya Conservatoire of Music or with private teachers, and can audition for a place in the Nairobi Orchestra.  The Orchestra is non-professional, comprised of amateur musicians who all have day jobs but give their time on Wednesdays and Saturdays for rehearsals.

On my first evening I was invited to attend the Women’s Day Concert where an all-female orchestra were joined by soloists for some vocal extracts including an aria from Shirley Thompson’s operatic trilogy Spirit Songs.  The evening was presented by Wandiri Karimi, Director of the Kenya Conservatoire of Music who, from the stage, was kind enough to thank me for attending. 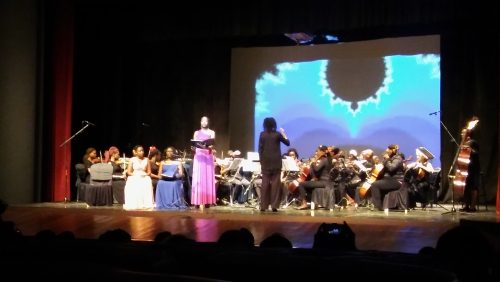 At the first rehearsal I attended of the Nairobi Orchestra I coached them on the background to the main work they were preparing for the second half of their concerts the following week - the Symphony No. 5 by Tchaikovsky.  A complex work demanding orchestral playing of a high standard, I was pleased that the response was very positive. 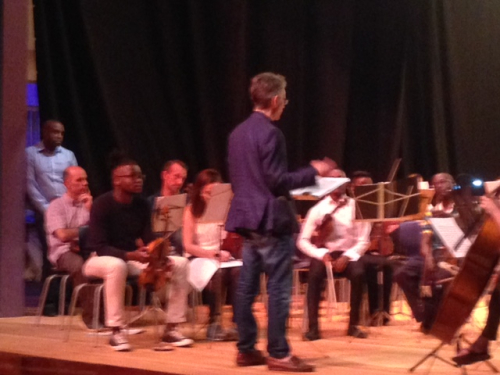 Coaching the Nairobi Orchestra in Tchaikovsky Symphony No. 5

Another invitation was to be a jury member of the Young Music Competition at Kenton College, an annual event directed by Francis Oludhe now in its twenty-second year.  There were some very promising young players of all instruments and the Nairobi School Band gave a rousing performance of a march by Sousa at the end. One of the most rewarding experiences I had during my time in Nairobi was a piano accompaniment workshop I gave to seventeen students at All Saints Cathedral.  They wanted to learn more about the art of accompaniment and I was fortunate to have tenor soloist Anthony Mwangi to accompany and demonstrate for the students.  He is an impressive and talented tenor who sang a Brahms song in German and a setting of a John Masefield poem by John Ireland. 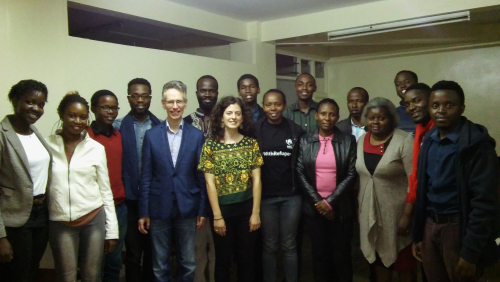 Unfortunately, the rainy season came early and we had three inches of rain in one day resulting in the cancellation of a class I was to give in conducting and composition due to the roads being flooded! 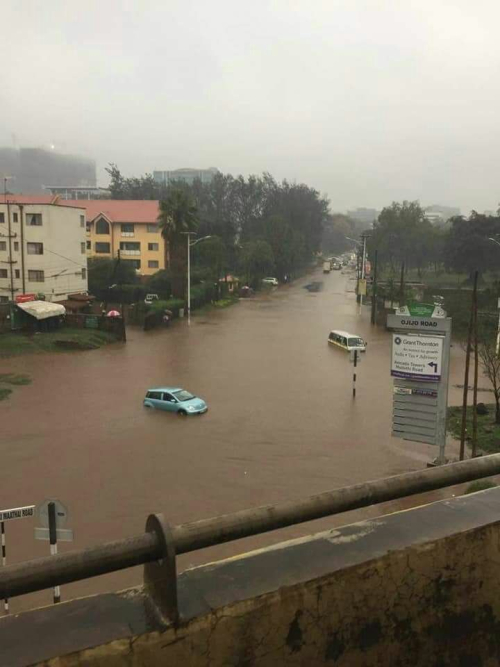 I was also fortunate to attend a performance in English of Rossini’s Barber of Seville with piano accompaniment.  Figaro was played by Caleb Wachira, Music Director at the Strathmore School, and most of the cast were very accomplished providing a humorous and enjoyable afternoon.

The Nairobi Orchestra gave their concerts at the Kenya National Theatre on Saturday evening and Sunday afternoon.  The first half of the concert was conducted by James Laight, Director of Music at Peponi School.  Pianist Cordelia Williams came from England to perform Rhapsody on a theme of Paganini by Rachmaninov while the orchestra commenced with the orchestral arrangement of Debussy’s Petite Suite. 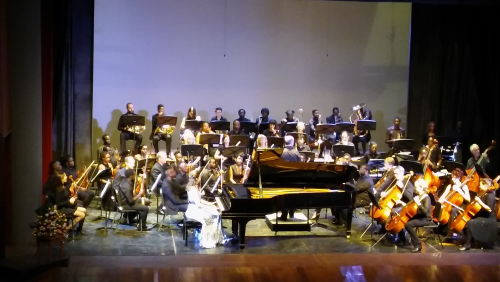 The second half was conducted by Levi Wataka, who received his BMus from Kenyatta University and who is Assistant Director of Music and teacher of sport at Peponi House Preparatory School.  Levi’s passion is conducting and he visits England each year to attend a summer school to further his knowledge and experience.  We had some fascinating discussions together on the work he conducted at the concert – Tchaikovsky’s Symphony No. 5 mentioned above.  Both performances were sold out and attracted an appreciative and attentive audience.

In addition to all my musical pursuits, in my capacity as curator I was offered some 78rpm discs by Peter Paterson, a neighbour whose grandparents had emigrated from Germany.  I selected what the Library did not have and brought them back with me including a disc of Massenet from a set of two of which the Library only had the first disc. Mr Moss donated some rare late 1940s Kenyan recordings on the Jambo label.  The Library only has ten of these discs which I acquired way back in 2005 from the collection of Ernie Bayly. 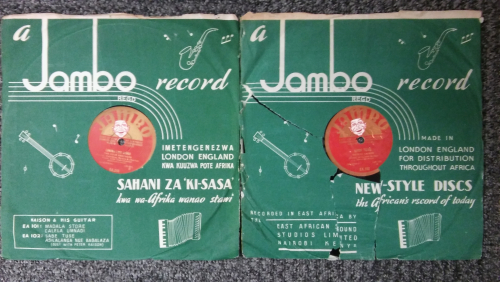 For Wildlife curator, Cheryl Tipp I recorded some of the birds including the ibis, robin chat, red chested cuckoo and cisticola although I was unable to secure a recording of the tree hyrax, a sort of giant guinea pig, which often screamed during the night.

Posted by Jonathan Summers at 4:44 PM