Manx English Then and Now

The Library’s sound archives contain voices from all over the world and up and down the British Isles. The Isle of Man was included in the Survey of English Dialects in the 1950s and 60s and the Sounds website features a fantastic recording of Amanda Crellin (b.1878) made in Ronague in 1958. For a more recently created collection, the Evolving English VoiceBank, participants recorded a reading of the children’s book, Mr Tickle (Hargreaves, 1971). Fortunately a contributor from the Isle of Man recorded their voice in 2011 so we are able to compare voices from the past and the present from the same location. 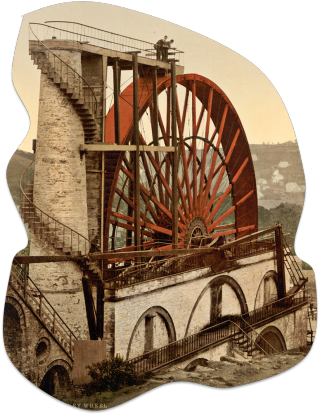 The Manx Loaghtan sheep may not have changed since the 1950s but it seems the Manx English GOAT vowel has. When linguists describe different vowel sounds, they refer to a set of key words which contain the target vowel. Words in the GOAT set – home, open, boat, know – are likely to be pronounced with the same vowel as in the word goat.

Listen to Amanda Crellin’s GOAT vowel, recorded in 1958, in the following sentences:

The vowel sound is a single sound – the monophthong /o:/ – similar to what you might hear today in a typical Geordie accent and in some Yorkshire dialects.

Now listen to our modern day speaker’s GOAT vowel in the following sentences:

you didn’t know; so do you know what he did; opened the kitchen door; opened the biscuit tin; but nobody was there

This speaker does not use the single /o:/ vowel in these words, but favours a pronunciation with two vowel sounds to create a diphthong which is represented as /əʊ/ in a phonetic transcription. As you can hear, it begins with one vowel sound and ends in another.

The same process is apparent in the FACE vowel – i.e. the vowel sound in words like face, such as day, today, came, made etc. – whereby our 1958 speaker has a vowel with a single sound – a monophthong – and our modern speaker has a pronunciation with two vowel sounds – a diphthong.

Listen to Amanda Crellin’s pronunciation of the FACE vowel in these sentences:

no cinemas in them days; there were no pictures in my young days; I went to a lady an old woman; in the school there was a cane; here’s no cane there’s only learning

compared to our modern speaker:

today looks very much like a tickling day he thought to himself; after Mr Tickle had made his bed; eventually Mr Tickle came

Accent and dialect change is inevitable in all accents of the British Isles. The Manx English accent has changed in terms of the way the speakers pronounce the vowel in words like day and made, and know and home. You can hear changes in most accents of English over time and even though the Isle of Man is an island with a natural sea border, the accent may still be subject to influences from across the water. However, some features of the traditional Manx English have been retained over the years. There is a similarity in both speakers’ STRUT vowel, which you can hear in words such as fun, funny, up, upstairs and munched. Both speakers use a pronunciation shared by speakers in much of the north of England. Listen to Amanda:

and then to our modern speaker:

There are other features of Manx English which have been retained and make a unique and wonderful accent of English. To read more about accents on the Isle of Man, please visit my website in which I chronicle changes of Manx English today within my own field recordings.

Posted by Jonnie Robinson at 10:30 AM

Accents & dialects, Contemporary Britain, Save our Sounds, Sound and vision, Voices of the UK