The Gender Pay Gap – a historical perspective from Women in Publishing

Today marks the deadline for employers to publish information on their gender pay gap – that is, the pay disparity between their male and female workers. The government’s aim is to raise awareness and to trigger a debate about how men and women are paid. 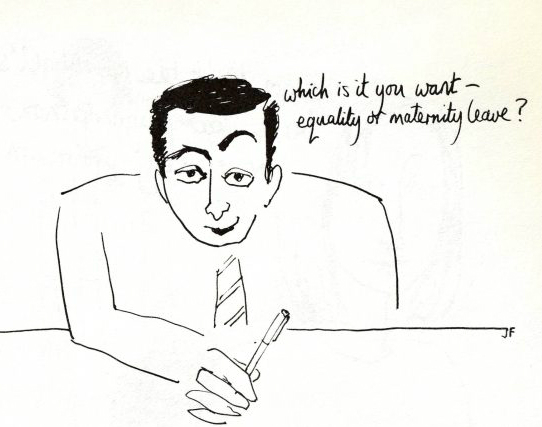 From the information released so far, we’ve seen that men are better paid across the board. They dominate the upper end of the pay scale and more of them have the best jobs.

Since The Equal Pay Act of 1970 it’s been illegal to pay men and women different rates for equal work. So if the gap isn’t about women being paid less for equal work, what’s going on?

It’s a question that members of the campaigning group, Women in Publishing, sought to answer almost forty years ago when they looked at their own industry. They found that even though women outnumbered men two to one in publishing, they were rarely to be found in senior positions.

Why? Charlotte Gascoigne (C1657/06), who in 1985 was an editor of educational books at Longman, describes the assumptions made by employers about female members of staff.

In 1989, WiP published ‘Twice an Many, Half as Powerful’, an independent survey that gathered data relating to employment patterns and pay. Clare Baker (C1657/17), the first female sales rep at Cambridge University Press (and a member of WiP’s survey committee), remembers the impetus behind it.

By the 1990s, things seemed to be moving towards a more equal distribution of power. In educational publishing Paula Kahn was chair and chief executive of Longman; in trade publishing Victoria Barnsley, the founder of Fourth Estate, was on her way to becoming the CEO and publisher of Harper Collins; in 1991 Gail Rebuck was made chair and chief executive of Random House UK. But not everyone was happy to see a woman in charge of a major publishing company. Here Gail Rebuck (C1657/11) describes the response of the UK press to her promotion.

Today, almost 40 years after Women in Publishing was founded, companies with over 250 employees have been publishing their own gender pay gaps, and the government has been drawing together its conclusions as to why men dominate in terms of pay and power: many high paying sectors of the economy are disproportionately made up of male workers; a much higher proportion of women work part-time (and part-time workers earn less on average than their full time counterparts), and women are still less likely to progress up the career ladder into high paying senior roles.

Which prompts the question: if the gender pay gap reveals disparities in the jobs men and women do, and the way in which men and women are promoted, to what extent have women managed to shake off the stereotypes that were holding them back in 1979? And do the recent figures suggest that women are still being penalized for being mothers – or simply having the potential to bear children - in the workplace? Why are the majority of those in senior positions overwhelmingly male? And, after a period where women were heading up companies, have we come full circle?