Recording of the week: "We regret to inform you" - bad news from the sound archives

An Oral History of the Post Office includes memories of telegram delivery boys who delivered telegrams by hand with news of war casualties during the Second World War, and their reflections on what it was like delivering the bad news. Delivery boys were always told what the news was. They were instructed to ask if there was a man in the house first. They also had to wait at the door in case a reply was requested.

Roger Osborn (C1007/16) discusses the wording of war telegrams which would always start with the words “We regret to inform you…” A friend of Roger’s in Tring, Hertfordshire, ignored his instructions when delivering news of the killing of a woman’s husband. He noticed the woman out shopping and gave her the telegram. Her first reaction was to hit him over the head with her loaf of bread.

Des Callaghan (C1007/38) remembers delivering three telegrams in Nottingham to one home: one with the news that the son was missing, the second the incorrect news that he was dead, and the third that he was actually in a prisoner of war camp - and Des got a £1 note in return!

These extracts come from An Oral History of the Post Office, a collection of life story interviews with a sample of Royal Mail and Post Office staff in the UK conducted between 2001 and 2005. Interviewees include, of course, postmasters and postmistresses, postmen and postwomen but also those involved with postal sorting and transportation (by road, air and train); stamp design, printing and marketing (the story of the stamp); legal, purchasing and property departments. The collection also includes interviews with staff who worked in lesser-known departments such as the Post Office Rifles, the Post Office Film Unit and the Lost Letter Centre.

There is an emphasis within the collection on change within living memory from the 1930s to the 1990s: the separation of post from telecommunications, computerisation and automation, new management practices and the diversification of new services offered by Royal Mail and the Post Office. 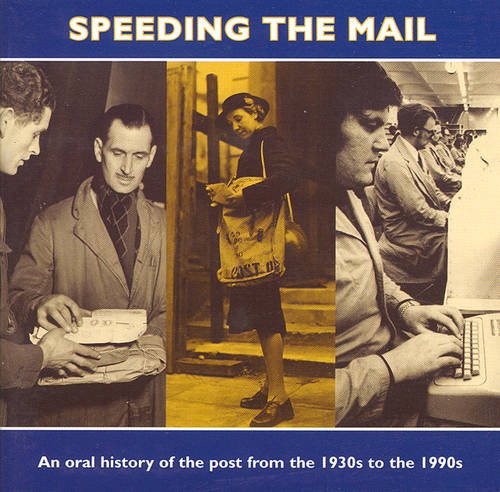