The mixed reception among my children and their peers to Arctic Monkeys’ sixth studio album, Tranquility Base Hotel + Casino, is, I suspect, the equivalent of my Kid A moment. I’m probably not qualified to contribute to the debate on the album’s artistic merit, but the continued evolution in Alex Turner’s singing style struck me as linguistically significant in that he now reveals much less of his Sheffield identity.

As noted in a previous blog post it is pretty rare in mainstream pop music to detect a regional accent, but Turner was at one time a notable exception. However, in a British context, perhaps not surprisingly, London has arguably featured more prominently than elsewhere in British popular music culture from music hall (Gus Elen singing oh it really is a wery pretty garden in ‘If It Wasn’t for the ‘Ouses in Between’ [1931]), through musical theatre (Stanley Holloway singing wiv a little bit of bloomin' luck in ‘My Fair Lady’ [1964]) to contemporary pop, rock and hip hop.

Like most British acts the vast majority of London artists tend to adopt a more conventional ‘transatlantic’ pop voice when singing (listen to David Bowie’s ‘Let’s Dance’ [1981] or Adele’s ‘All I Ask’ [2015] and you’ll hear dance and ask sung with a short vowel, which contrasts with the long vowel they and other Londoners use when speaking spontaneously). Unlike most British dialects, though, there is a substantial back catalogue of pop music performed in an instantly recognisable London accent and a quick glance at one example per decade since the 1960s offers glimpses of typical elements of London pronunciation and insight into change over time.

1960s: ‘Lazy Sunday Afternoon’ by the Small Faces [1968]: contains echoes of music hall Cockney; notable features include my pronounced like ‘me’, TH-fronting (with pronounced as ‘wiv’) and the vowel quality in nice (‘noyce’) in the opening line oh wouldn’t it be nice to get on with my neighbours

1970s: ‘Cool for Cats’ by Squeeze [1979] is crammed full of London cultural references; notable features include H-dropping and TH-fronting (Heathrow pronounced as ‘Eafrow’) and frequent T-glottaling (the substitution of a glottal stop for the <t> in ninety, got, get and at) in the line the Sweeney's doing ninety cause they've got the word to go they get a gang of villains in a shed up at Heathrow

1980s: ‘Rabbit’ by Chas & Dave [1981] combines music-hall humour and pub sing-along conventions in a style affectionately dubbed ‘rockney’; notable features include H-dropping (heart pronounced as ‘art’), yod-dropping (knew pronounced as ‘noo’) and an older dialectal pronunciation of off (rhyming with ‘morph’) in the line now you was just the kind of girl to break my heart in two I knew right off when I first clapped my eyes on you

1990s: ‘Parklife’ by Blur [1994] is a portrayal of contemporary London life in which Damon Albarn adopts a more markedly London accent in his singing style, unfairly dismissed by some commentators as ‘mockney’; notable features include my pronounced like ‘me’, a glottalised <p> sound in cup of tea, H-dropping and the distinctive vowel sound in house (‘aahse’) in the line, delivered by actor Phil Daniels, I put my trousers on have a cup of tea and I think about leaving the house

2000s: ‘Defeat You’ by N-Dubz [2006] is one of many 21st century songs that captures Multicultural London English (MLE), a distinctive blend of established London forms and features from British Asian, British Caribbean and non-native speaker varieties; ‘traditional’ Cockney features include T-glottaling and L-vocalisation (the substitution of an ‘oo’-like vowel for the <l> sound so that royalty sounds something like ‘roy-oo’y’) in the line you ain’t gonna see no royalty cheques; Caribbean English features are apparent in pronoun exchange (I for ‘me’) and word final consonant cluster reduction (vex for ‘vexed’) in the line you don’t wanna see I vex; while the invariant tag innit in the opening line listen to I innit is thought to have originated in British Asian speech communities.

2010s: The latest singer to excite my dialectologist’s ears is Croydon-born Whitgift and Brit School old boy, Loyle Carner. The single ‘No CD’ from his Mercury Award nominated debut album, Yesterday’s Gone [2017], is lyrically a fascinating mix of well-established Cockney, imported vernacular and extremely current slang that neatly reflects London’s vibrant cultural mix, delivered in an extremely authentic, contemporary accent that is relatively classless, socially and ethnically ambiguous and yet – geographically – unmistakeably London as is immediately apparent in the opening lines: 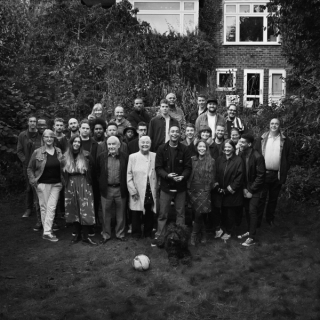 if you need it best believe it you won't seek it 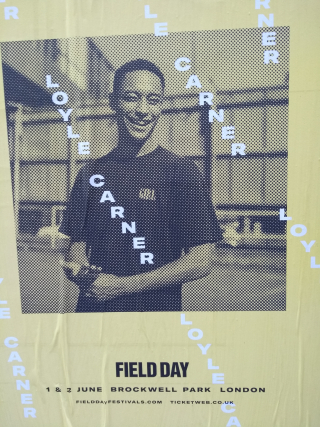 Notable lexical items: geezer [= ‘chap/fellow’] is recorded in the Oxford English Dictionary (OED) from 1885, but is, I suspect, nowadays most closely associated with speakers from London, while eejit [= ‘fool/idiot’], listed from 1853, is categorised as ‘Anglo-Irish dialect’; this celebration of established vernacular forms blends seamlessly with current urban slang forms like P [= ‘penny/pound’ i.e. ‘money’], peak [= ‘unpleasant’] and bait [= ‘obvious’], none of which has yet made it into the OED, but all three are recorded in Green’s Dictionary of Slang as 21st century British coinages and included in Wikipedia’s London slang glossary.

Notable grammatical constructions: alongside lexical markers, Carner uses non-standard grammatical forms such as ain’t [= ‘have PRESENT NEGATIVE’] which he combines with no to form a double negative (we ain’t got no P’s). Although the use of ain’t as an invariant negative for both ‘be’ and ‘have’, and indeed multiple negation, exist in numerous varieties of English around the world, they are both clearly productive markers of present-day London dialect as confirmed by the analogous construction (you ain’t never seen no royalty cheques) in ‘Defeat You’ noted above. Carner also adopts a narrative device, quotative be like (it's like oh please we ain't got no P's), that is extremely common among young English speakers worldwide as a means of introducing reported speech and a phenomenon that has received considerable attention among academic linguists.

Notable pronunciation features: in common with many of the singers included here, Carner exhibits L-vocalisation (old pronounced like ‘oh-ood’ and couple pronounced like ‘cupp-oo’) and consistently uses T-glottaling in word final position (ain’t, spent, got, keep it, speak it, secret, hear it, repeat it, need it, believe it, seek it, bait).

While none of these features individually is unique to London English, the combination is typical of many young Londoners and shows how the British Library’s sound archives – spoken voice and music alike – are a wonderful linguistic resource. Our Unlocking our Sound Heritage project and investment in new technology in collaboration with the music industry to enable us to receive music in digital formats means even more London music will be available to linguists and other researchers now and in the future. Let’s hope, like Loyle Carner fans last weekend, they end up having a field day.

Posted by Jonnie Robinson at 9:50 AM