Make yourself at home! The BBC in a multi-cultural world

David Hendy, Professor of Media and Cultural History at the University of Sussex writes about an upcoming event at the British Library, Britain Reimagined: A New Oral History of the BBC.

The clue is in the name. The British Broadcasting Corporation. It’s a national broadcaster. When its motto proclaims that “Nation Shall Speak Peace unto Nation”, it doesn’t just mean different nations speaking to each other. It also means the nation – Britain - speaking to itself.

But who exactly gets to speak? When the BBC began in the 1920s, it all seemed straightforward – at least to that great Founding Father, John Reith. Christian, high-minded, infused with Victorian spirit of paternalism, Reith was adamant: only “the best” in thought or culture should be broadcast, “only those with a claim to be heard above their fellows” should talk at the microphone, only those with an “educated” southern English accent could be announcers, only programmes of devout Christianity could be aired on a Sunday.

Even at the time, this took little enough account of the richness of regional or working-class life. But after the Second World War - when Britain became home to thousands of immigrants from the Caribbean or Eastern Europe, and later from Kenya, Uganda, India and Pakistan – a dramatic change in attitude was surely inevitable. Like most who arrived at Tilbury on the Empire Windrush in 1948, many of the new immigrants were already British subjects: this was their Motherland. And there’d been a rich Black and immigrant presence here for centuries. Even so, for the BBC a new balancing act was required. Differences had to be acknowledged, yet new settlers needed to be integrated. Which was more important? 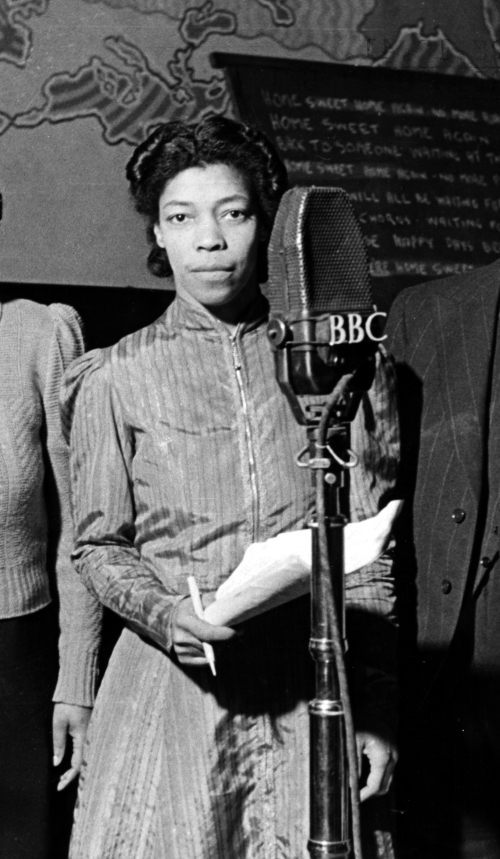 Una Marson during a BBC broadcast to the West Indies, 1941. Copyright: BBC.

The story of how the BBC navigated these tricky waters can be traced in vivid technicolour through the BBC’s own immensely rich archives, more and more of which are being opened-up to public view for the first time. They offer a lively gallery of programmes and pioneering individuals. Una Marson, pictured above, was born in Jamaica and joined the BBC’s staff during the Second World War. She was the first black producer on its payroll – and a pioneer in cultural programmes transmitted to the Caribbean.

That fragile recording of Marson interviewing the jazz band-leader Ken “Snakehips” Johnson in 1940, only a matter of months before he was killed in the London Blitz, is just one among many we’re making available online through a new project based at the University of Sussex, working in collaboration with the BBC.

At our workshop on 10 July, Britain Reimagined: A New Oral History of the BBC we’ll be listening to, watching - and talking about – Una Marson, the programmes she made, and her dramatic departure from the BBC in 1946. Through newly-released oral history recordings and programmes not seen since their first broadcast, we’ll also be encountering many other fascinating individuals who helped – and in some cases hindered – the BBC’s slow embrace of a multi-cultural world: the people behind the first TV programmes for British Asians in the 1960s, Make Yourself at Home; the creators of Open Door, a bold 1970s experiment in ‘access TV’; the broadcasters who first brought Hindus, Sikhs and Buddhists to the microphone.

The story these records tell isn’t straightforward: the BBC was brave in some areas, cautious in others. Nor is the story always reliable. There are gaps in the archive – including the testimonies of listeners and viewers themselves - and questions to be answered about who gets to tell the BBC’s own history now. 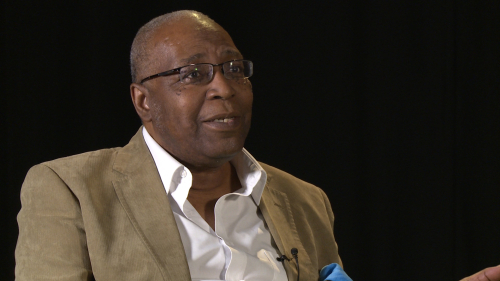 So, we’ll also be joined live on 10 July by a special guest – and a brand-new contributor to our ‘unofficial’ oral history of the BBC: the former journalist and crime-writer Mike Phillips, pictured above, who in 1998 wrote the ground-breaking book Windrush: The Irresistible Rise of Multi-Racial Britain. We hope you can join us.

Posted by Charlie Morgan at 1:38 PM