Recording of the week: the orchestral power of embroidery machines

Serious/Speakout was a UK promotion company to which artists submitted their demo tapes when seeking performance opportunities during the 1990s.

This particular recording features an excerpt of Concerto for Percussion and Embroidery Machine. It world premiered at Warwick Festival in 1991 and was composed and performed by musician Matthew Griffiths, the now CEO of Youth Music. 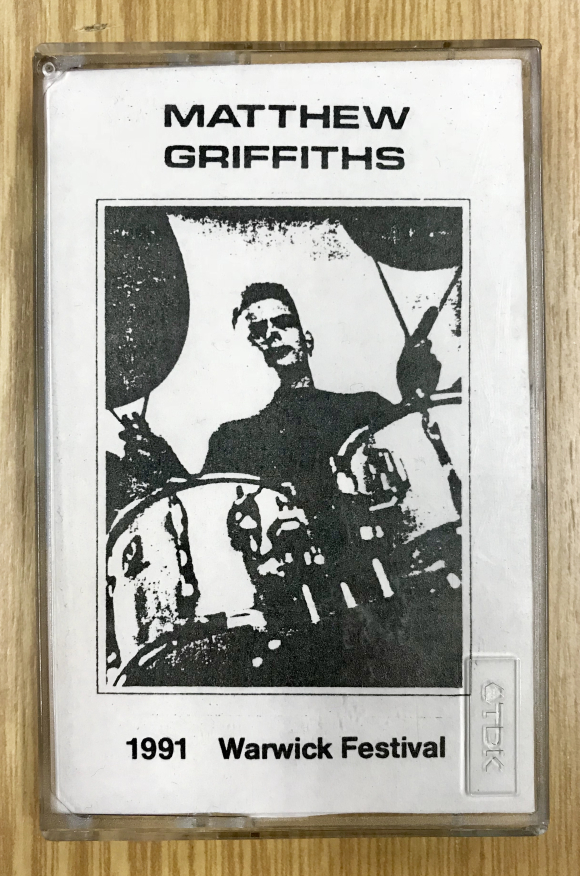 Fascinated by the idea of making art out of daily life objects (especially the traditionally gender specific ones), I contacted Matthew and asked him to tell me more about it.

So here’s the story: Matthew graduated as a solo percussionist in 1989. The then Artistic Director of the Warwick Festival, Richard Phillips, introduced him to Robert Hornby, the Director of Bryant & Tucker. This was an embroidery company in Leamington Spa that produced badges for companies using, at the time, state of the art computerised embroidery machines which were very loud and very rhythmic. After the enthralling visit to the factory, Robert Hornby commissioned the percussionist to compose a new work for the Warwick Festival and Matthew suggested creating a composition utilising the sounds of the machines.

The theme of the 1991 Festival was Prokofiev, so the Bryant & Tucker machines were programmed to create a unique badge portraying ‘Peter and the Wolf ‘ as a memento for the audience to take away after the performance. To do this, the machines had to run for about thirty minutes creating a variety of cross rhythms, juddering sounds and ‘white noise’ as they created the badge. The sounds were notated and the musician and the programmer worked together to focus on the sounds that were musically most interesting. These were then incorporated into the computer programme for the badge production. This became the orchestral accompaniment with Matthew playing live percussion over the top as the concerto soloist. The multi-percussion set up included a marimba, vibraphone, timbales, cymbals and bells and it was played in front of the one massive embroidery machine in the factory before a sold out audience.

Excerpt of Concerto for Percussion and embroidery machine (C728/684)

The performance only happened once.

The idea subsequently won an award from ABSA (Association for Business Sponsorship of the Arts) for the most innovative sponsorship by a small business.

This recording is part of the Serious Speakout Demo Tapes collection (C728) which has been digitally preserved as part of the Unlocking our Sound Heritage project.

Follow @lcavorsi, @BLSoundHeritage and @soundarchive for all the latest news. Many thanks to Matthew Griffiths for his assistance with this piece.