Save our Sounds is the British Library’s programme to preserve the nation’s sound heritage.  Funded by the Heritage Lottery Fund, many collections will be digitised and made available to the public online through the Unlocking our Sound Heritage project.

One such is the collection of Hungarian pianist Tamás Vásáry who donated his tape archive of private and broadcast recordings to the British Library Sound Archive in 1994.  Internationally renowned as an interpreter of Chopin and Liszt, at that time he lived in London, so when the project needed to clear rights for his donation I wrote to him at the London address I had on file.  Having received no reply and it being twenty-four years since the donation, I checked the internet for an agent or contact details.  Nothing was to be found, so I asked an elderly Hungarian friend if she knew him as she was a contemporary in Budapest (she being born in 1928, he in 1933).  She did not, but thought she may have a friend who did.  The friend did not either, but reported that Vásáry had moved back to Budapest many years ago.

What to do next?  I asked pianist Leslie Howard if he knew Vásáry from the time he was living in London.  No, but he thought pianist Murray McLaclan knew him.  I emailed Mr McLaclan who did not, but he thought that pianist Peter Frankl definitely knew him.  Mr Frankl responded in the affirmative and, because I had not realised that Mr Frankl was living in London, I asked if I could interview him on his long career for the British Library.  Mr Frankl has known Mr Vásáry for more than 50 years and it was at my interview with him that he offered to talk to Mr Vásáry, because he is not on email and still tours a great deal as a conductor.  Mr Frankl visited Budapest in April and met with Mr Vásáry who kindly gave his permission and signed the relevant forms.

Mr Frankl gave me Mr Vásáry’s mobile phone number and I called to ask if I could interview him for the British Library.  He happily accepted and I went to Budapest a few weeks ago and met him. 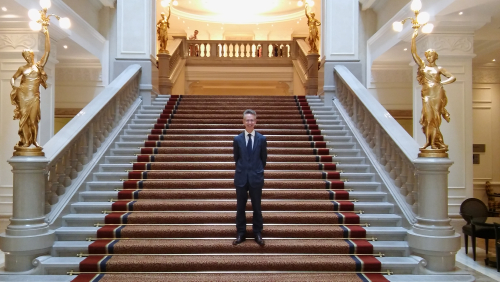 As a child my local record shop stocked the best classical records including many on the Deutsche Grammophon label so I grew up listening to most of Chopin’s works played by Mr Vásáry. 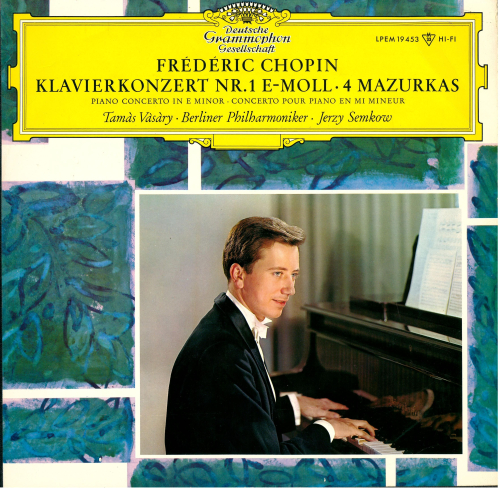 We are very excited indeed to have made contact with Tamás Vásáry. The collection that Mr Vásáry donated to the British Library in 1994 represents the first, under the ‘Unlocking Our Sound Heritage’ project, to have  been both digitally preserved and to have agreements in place for a number of his recordings to be made publicly accessible once the project's website goes live next spring.

The British Library, in conjunction with ten partner organisations across the UK is aiming, through the Heritage Lottery funded  ‘Unlocking Our Sound Heritage’ project, to digitally preserve over half a million of the UK’s most important and at-risk audio recordings. We are hoping to make 100,000 of these recordings available through a website hosted by the British Library. More information on the project can be found here.

Here is an extract from Vásáry’s collection.  It is of his debut at the Proms on 25th July 1961 when he played Liszt’s Piano Concerto No. 1 in E flat with the London Symphony Orchestra and John Pritchard.  The fourth movement is one of the shortest in the entire piano concerto repertoire at only four minutes.  The London audience was impressed and the applause continued for more than two minutes.

Posted by Jonathan Summers at 2:35 PM