June 23rd is International Women in Engineering Day 2018. To mark this and the 100th anniversary of (partial) women’s suffrage in the UK I decided to see what the British Library oral history collections could tell us about women whose careers involved both engineering and parliamentary politics. Neither of these areas was part of systematic oral history fieldwork until the 21st century, when An Oral History of British Science (2009) and The History of Parliament’s Oral History Project (2011) started to gather interviews.

Both projects began by targeting older interviewees and so have not yet captured the increase in participation of women in both fields since the 1970s. The History of Parliament collection concentrates on those who have left office, excluding current MPs such as Margaret Beckett (Labour, Lincoln 1974-79, South Derby 1983 – present), who worked as a metallurgist before moving into politics. She does appear in the recollections of others, including Kenneth Carlisle, interviewed in 2015 by John Barry. Carlisle recalls winning Lincoln for the Conservatives from Beckett in the 1979 general election.

In her interview Emma Nicholson, (Conservative then Liberal Democrat, Torridge and West Devon, 1987-97,) suggests some of the difficulties of combining political ambitions with a technical career. She explains to Emme Ledgerwood why it was only after she stopped working as a computer programmer and systems analyst that she was able to start fulfilling her early political ambitions.

Nicholson joined the industry in 1962, and like other women programmers of her generation benefitted from its willingness to consider entrants from a range of educational backgrounds, in her case one in music. 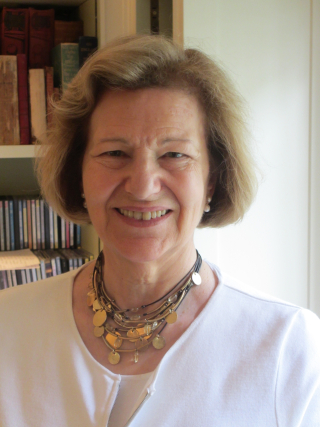 Here she describes how she came to take the ‘entrance test’ for International Computers Ltd (ICL).

Once she had completed her training her gender proved decisive in selection for an assignment in Zambia involving setting up key IT infrastructure in the run up to independence in 1964.

After her election she found herself bombarded by requests from former colleagues eager for her to intervene on proposed legislation concerning software copyright.

Nicholson now sits in the House of Lords, a chamber that only admitted women in 1958. Here her interests focus on human rights, education, international development and trade.

Perhaps the most vociferous voice for women in engineering to sit in the Lords was Beryl Platt, Baroness Platt of Writtle.

A wartime engineering graduate she joined Hawker Aircraft in 1943 and worked as an aeronautical engineer until her marriage in 1949. Her route into politics was at a local level and she served on Essex County Council for many years. Created a life peer in 1981, she became chair of the Equal Opportunities Commission in 1983, an appointment recalled in her interview by her predecessor Betty Lockwood, interviewed by Margaret Faull in 2014 (C1727/01).

In this role she did much to champion opportunities for women in engineering. This included collaborating with the Engineering Council to launch 1984 as Women into Science and Engineering year and acting as a mentor for a new generation of women engineers, including Joanna Kennedy, interviewed in 2017 by Tom Lean (C1379/126).

A more recent addition to the House of Lords is Julia King, Baroness Brown of Cambridge, created a life peer in 2015. Interviewed by An Oral History of British Science in 2011, when she was vice-chancellor of Aston University, she described herself as ‘not a very political animal’. ) (track 2 31:14, transcript p. 60) Perhaps unsurprisingly she sits on the cross benches from where her contributions have been primarily on issues relating to technology, the environment and higher education.

Here I have concentrated on the relatively few women who made the transition from engineering to parliamentary politics, but a broader definition of engagement with the political sphere and the processes of government would have allowed me to include many more women who have provided advice to government, worked in government research establishments and been involved in campaigning in different ways. As the Oral History collections at the British Library continue to expand we can expect significant new insights into how women have combined engineering and politics to emerge.

Posted by Charlie Morgan at 4:12 PM