Mrs Boulton and the woodland warbler

Have you ever noticed how some animals are named after people? Hume's Partridge. Lady Amherst's Pheasant. Waller's Starling. I come across this quite a lot when cataloguing new collections and have often wondered who these people were.

You'd be forgiven for thinking that these species were named after the naturalists who discovered them. Now, there are no rules that say you can't name a new species after yourself, however it's generally regarded as bad form in most taxonomic circles. Helps keep the egos in check etc.  It's perfectly acceptable to name a species after somebody else though. Most names are given as a declaration of admiration or love, however a few have been chosen out of spite. What better way to insult a critic or a rival than by naming a disagreeable specimen after them? Carl Linnaeus, the father of modern taxonomy, was the king of the nomenclature slap down. Mess with Linnaeus and you could be sure that a smelly weed or a boring nettle would soon bear your name.

In this particular example we're going to look at Mrs Boulton's Woodland Warbler, Seicercus laurae. Now more commonly referred to as Laura's Woodland Warbler, this little songbird can be found in the dry forests and swamps of central Africa. The species was discovered in 1931 by the American ornithologist W. Rudyerd Boulton (1901-1983) who specialised in the avifauna of Africa. While assistant curator of birds at the Carnegie Museum of Natural History, Boulton made several research trips to Africa accompanied by his first wife, the ethnomusicologist Laura Crayton Boulton (1899-1980). It was with Laura that he discovered this previously unknown warbler which he named in her honour.

The Boultons continued to explore the ornithological and musical treasures of Africa until the mid 1930s when their marriage began to fall apart. The couple finally divorced in 1938 and, though Laura continued in the field of ethnomusicology, Rudyerd's professional life took an entirely different turn. In 1942 he joined the African branch of the Office of Strategic Services (OSS), the US intelligence agency formed during World War Two, where his knowledge of the landscape, people and politics of central African countries was put to good use. In the same year he married his second wife, the socialite, poet and psychic Inez Cunningham Stark. Though mainly based out of Washington DC, Boulton was heavily involved with operations in the Democratic Republic of the Congo, most notably the procurement of uranium ore for the Manhattan Project.

At the end of WWII, Boulton continued working in intelligence for several years, including a stint with the CIA, until, apparently at least, turning his back on espionage in 1958. A year later he created the charitable Atlantica Foundation with his third wife, the wealthy widow Louise Rehm. The remit of this foundation was broad but ambitious, aiming to establish and support research into zoology, ecology, fine arts and parapsychology. The couple based their operation out of Zimbabwe and were by all accounts generous supporters of research and education in the area until their deaths in 1974 (Louise) and 1983 (Rudyerd).

But what of the woman who inspired the name of our woodland warbler? Laura Boulton became a renowned field recordist, filmmaker and collector of traditional musical instruments from around the world. During her life she embarked on almost 30 recording expeditions throughout Africa, Europe, Asia and North America, amassing tens of thousands of sound recordings, photos, films, books and instruments. She experienced first hand advancements in recording technology, beginning her career with an Edison phonograph before progressing to a disc cutting machine and eventually a portable reel to reel recorder. Her legacy can be found in various institutions across the United States, from the Center for Ethnomusicology at Columbia University to the Archives of Traditional Music at Indiana University. 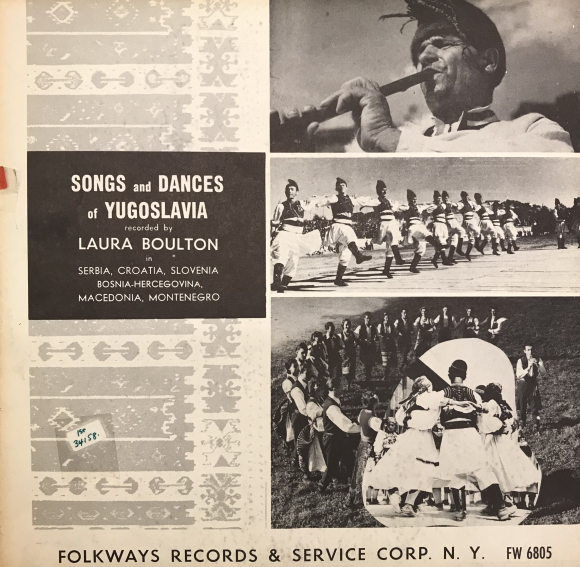 When beginning my research I never imagined that two such colourful characters would be behind the name of this rather inconspicuous little warbler. Two years after the discovery of Laura's Woodland Warbler, Rudyerd was himself taxonomically immortalised by the American herpetologist Karl Patterson Schmidt, who named a new species of Namib day gecko, Rhoptropus boultoni, in his honour. And in case you're wondering, Schmidt must have liked Rudyerd. Rhoptropus boultoni is a pretty cute gecko.