Anwar Brett (1966-2013) was a freelance film critic and the author of the book Dorset in Film (Dorset Books, 2011). For around 25 years, from his early 20s onward, he wrote for a broad range of different national and regional newspapers and magazines.  He also contributed to The International Directory of Film & Filmmakers and the 1995 edition of Children’s Britannica.

It is clear he was passionately interested in film and also devoted to his home county of Dorset (he lived in Wimborne). His other interests included boxing and football. 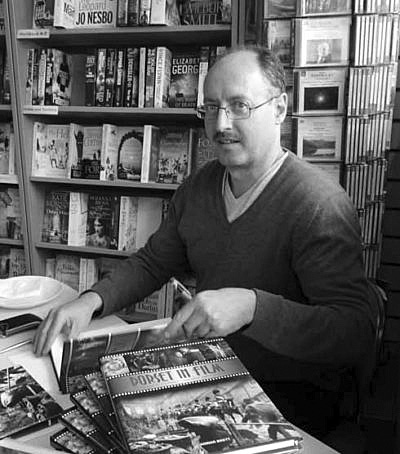 Anwar Brett's wife Tracey donated his massive archive of tapes of interviews and press conferences to the British Library in 2016. The collection numbers approximately 1500 tape cassettes, covering the period 1989-2006; and approximately 900 CD-Rs, covering 2007-2013. This unique set of recordings features film actors and directors, mainly in a press conference setting but also sometimes in more informal settings - on-set or in telephone conversations (a 2001 telephone interview with Rita Tushingham is almost wholly concerned with the fortunes of Liverpool Football Club!).

The tapes are currently being catalogued by my colleague Trevor Hoskins. Trevor is about a quarter of the way through at the moment but it will be a long while yet before the end is in sight.

To follow progress and to see the tapes catalogued so far please go to our Sound and Moving Image catalogue and type in 'Anwar Brett tapes'. All are available to listen to on request via our free Listening and Viewing Service. You will need a British Library Reader Pass though. 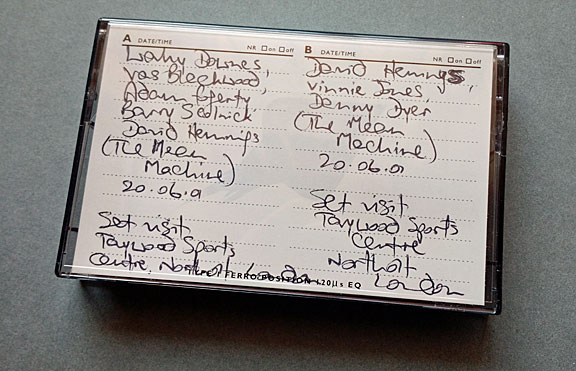 To whet your appetite, here is a short clip of the then 23-year-old Danny Dyer, recorded on-set by Anwar Brett in June 2001, during the filming of the The Mean Machine.

Please note that this recording was made outdoors on a windy day, with consequent very noticeable wind noise. Contains strong language.

With thanks to Trevor Hoskins and Nick Churchill.