Recording of the week: working 9 while 5

The Oxford English Dictionary categorises the use of while [= ‘until’] as northern dialect and, as this contributor to the Evolving English WordBank explains enthusiastically, such subtle distinctions in the way dialects assign prepositions can cause both confusion and amusement.

We say nine while five and when I go to other places no one ever really knows what this means and what it means is nine until five o'clock. I remember I worked in a multinational company once and I left on my, well, it was a voicemail that said this, "office hours are nine while five", and I got so many complaints because nobody knew what the hell was going, what was meant to be said. "Nine while five, what does this mean?" I've no idea where it comes from, but when I say it where I come from in Yorkshire people understand it, but when I go out of the area people never really seem to understand it and I think it's quite funny."

I was a student in Leeds in the 1980s and frequently grateful that corner shops stayed open eight while late and delighted when, in 1985, the Leeds band The Sisters of Mercy released Nine While Nine, a song that includes the line nine while nine I’m waiting for the train. 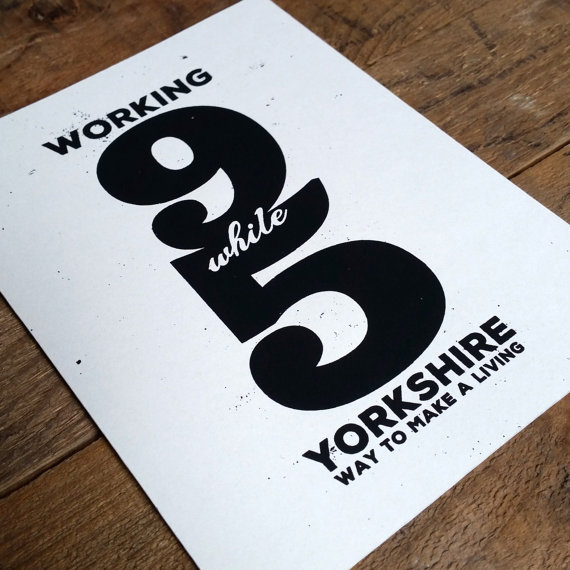 My favourite encounter with the Yorkshire meaning of while, however, was the road sign (presumably still there) on the Otley Road in Headingley which advised drivers of the correct procedure at a filter lane for turning right: the sign read 'Do not turn whilst light is red' – presumably while would send completely the wrong message locally.