MJ Long, who died recently, was one of the key architects of the British Library. Together with her husband, Colin St. John Wilson – known as Sandy – she spent much of her career working on the development and construction of the project. Born in the United States, she studied for a Masters degree at Yale – during an era when British architects such as Richard Rogers, Norman Foster and Eldred Evans were also at Yale. She came to Europe on a study trip in the early 1960s and began working with Colin St. John Wilson shortly afterwards. Alongside her early work on the British Library – which initially was going to be in Bloomsbury – she worked on artists’ studios for Frank Auerbach, Peter Blake and R.B. Kitaj. The latter was commissioned to create a tapestry for the foyer in the British Library. 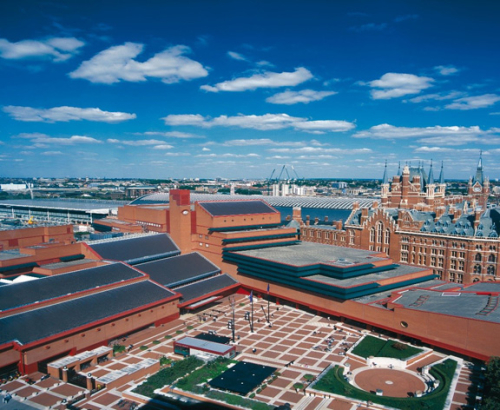 These two extracts were taken from an interview she made in 1997-98. In the first, she discusses the change of location from Bloomsbury to its current one in the Euston Road and the implications of this to both the design and the construction process. She also references the necessary collaboration of the key architects working in the practice at the time, and how architecture of this scale is rarely the hand of one person.

In the second, she reflects on the elements which influenced the design, and addresses challenges from those who argued that the project was so long in its gestation that the initial design originated in a different time and context.

Blog by Niamh Dillon, Architects' Lives Project Interviewer. Architects' Lives was established in 1995 to document the life and work of British architects and their associates over the course of the 20th and 21st centuries. MJ Long was interviewed by Jill Lever for Architects' Lives in 1997-98 and her full interview can be listened to online at BL Sounds.

Posted by Charlie Morgan at 5:20 PM