Recording of the week: 'English atheist'

Nearly twenty years ago, on the 4th of March 1999, an interviewer working for BBC Radio Thames Valley’s contribution to the enormous BBC Millennium Oral History Project – ‘The Century Speaks’ – visited a local school to interview an 11 year-old girl. She was one of the youngest interviewees among a UK ‘sample’ of over 5000. The opening question produced a response which clearly surprised the interviewer:

Interviewer: How would you describe your identity? By that I mean your national identity.

Interviewee: Erm, I just like, I didn’t want to be any particular religion but I didn’t want like committing- commit myself into saying I didn’t believe there was anything there, so I decided to be an atheist.

Interviewer: Oh right, and do you, do you- what do your parents believe?

Interviewer: Do you think that you’re an atheist perhaps because they are?

Interviewee: Yeah, just been influenced by them, so...

Interviewer: Yes? Is that it, do you think?

Interviewer: Are any of your brothers believers?

Interviewer: And do you feel that being an atheist actually is a sort of definition – it really does define you as something; it’s like a religion of a sort?

Interviewer: Tell me a bit more about it, how it defines you, being an atheist.

The clip is engaging not just because the interviewee is charmingly open and positive. It is also because it seems to wake us up from a strange dream in which the only people who talk about atheism are rather senior, male intellectuals of one sort or another. Here, an eleven year-old girl speaks of a form of atheism that:

• is related to religion but not through opposition to it: “you can just like say you’re an atheist when people ask you what religion you are”
• is chosen (“I decided to be an atheist”) but happily acknowledged as the outcome of context – her position in a family of atheists (“yeah, just been influenced by them”)
• is regarded as a substantial position (“its like on its own”) without being claimed as superior to any other
• involves a denial of the existence of ‘God’ (“you don’t think it’s really God”) without in any way placing limits on what existence itself might consist of (“you believe that there’s someone- something around or up there”) 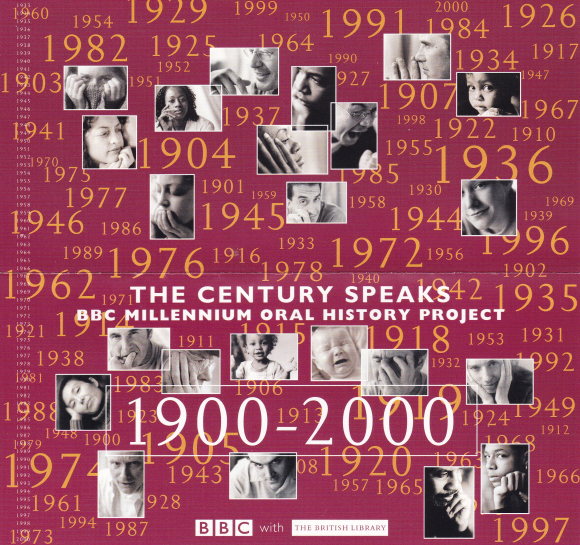 The British Library holds all of ‘The Century Speaks’ interviews in a collection called ‘Millennium Memory Bank’ [MMB]. I found the interview with this young “English atheist” as part of a project – a new collaboration with the major Understanding Unbelief project at the University of Kent – exploring the nature of religious ‘unbelief’ in MMB and other oral history collections at the British Library. What will I uncover next?

Sony launched the first MiniDisc players and recorders in 1992. MiniDiscs were small (around 2¾" square) floppy-disk-style cartridges with an 80-minute recording capacity, intended to supplant the tape cassette format.

Some major-artist commercial albums were issued as pre-recorded MiniDiscs, and the Library has a few examples of these in its collection. In its heyday, however, at least in the UK,  the MiniDisc arguably found more favour as a recording medium, particularly among broadcasters (and oral historians). The Millennium Memory Bank project, for example, created by BBC local radio stations across England, together with Radio Scotland, Radio Ulster, Radio Wales and Radio Cymru - and held at the British Library - alone comprises more than 6000 MiniDiscs.

Sony ceased production of MiniDisc machines in 2013 so the format may be considered officially obsolete. For Paul Maclean, though, and his fellow H. P. Lovecraft appreciators in the Cthulhu Breakfast Club, who have just released their first 'MiniDisc Exclusive Release', the format is very much alive. 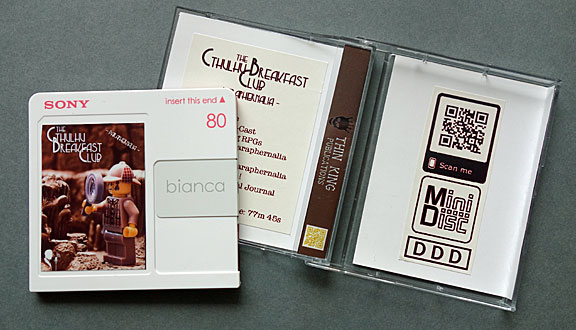 I asked Paul to say a few words on the attraction of obsolete recording formats:

I've been by training and trade, an archaeologist and museum scientist. I’ve always had a 'backwards-looking curiosity' combined with a love of the technological. In more recent years my work has focused on the web and especially net-based audio such as podcasts - they are a wonderful and practical way to reach people around the world almost instantly - but at the same time I think something is lost by the lack of the physical: the particular, more direct connection between audience and creator that can exist with physical artefacts.

In 2017 I produced a wax cylinder recording of a podcast (through Poppy Records), which proved popular - likely due to the novelty of using some of the latest technology (Ambisonic high resolution digital recording) married to one of the earliest recording formats. The cylinders were manufactured for us by Paul Morris. However a wax cylinder meant a very short show: only 2 minutes!

Our normal shows tend to run over an hour. Having both a love of obsolete audio formats and fond memories of Sony’s short-lived but superbly engineered MiniDisc system, the MiniDisc format seemed a logical next step.

Over the past few years I’ve collected a number of MD players and was also lucky enough to acquire a Denon DN-045R MD replicator (above) which allows me to produce pristine new MD recordings in quantity. The last Sony MiniDisc machine may have left the factory in 2013 but the format still has its loyal fans (of which I am one).

These days the typical audio I produce is distributed online in high resolution AAC format - it’s efficient and effective, but so are millions of other web audio files in an ocean of new content every day - but sometime’s what’s old is new again. Perhaps one day Sony may release a new version of the format (with less draconian DRM), in the same way vinyl has made a revival. One can but hope!

Behind the Scenes of the Man Booker: a National Life Stories film

2018 marks the 50th anniversary of the Man Booker Prize, the leading literary award that rewards ‘fiction at its finest’.

Here at National Life Stories, we thought it would be a good moment to delve into our Oral History collections to see what we could find out about the history of the Man Booker, as revealed by the past administrators, winners, shortlisted authors and judges who we’ve recorded for the BL’s Sound Archive. 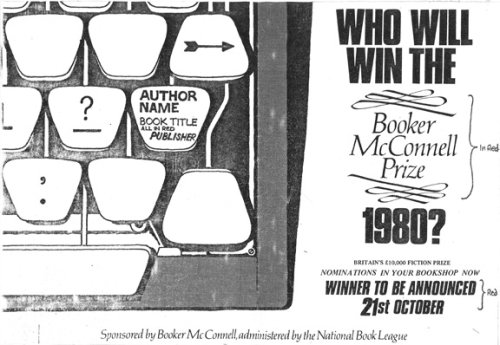 The early Man Booker was dogged by controversies. In 1972, winner John Berger announced he would be donating half his prize money to The Black Panthers. Two years later, judge Elizabeth Jane Howard fought successfully to have a book written by her husband Kinglsey Amis included on the shortlist. And two years after that, the winner was decided on a coin toss, because the judges couldn’t agree amongst themselves... 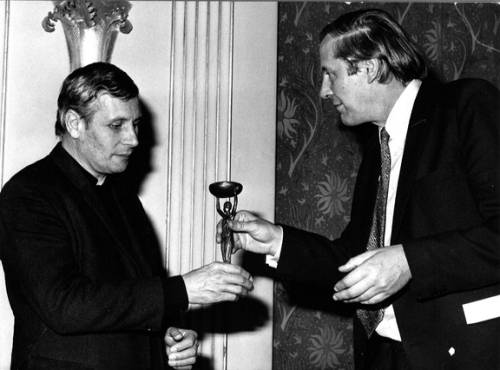 It was only in the 1980s that the prize began to achieve international fame, helped first by the battle between William Golding and Anthony Burgess for the 1980 Booker, and then by Salman Rushdie who won the following year with ‘Midnight’s Children’. Fifteen years later, Salman Rushdie was one of a number of writers to leave congratulatory answerphone messages for Graham Swift, who was awarded the Man Booker in 1996 for his novel ‘Last Orders’:

To hear these, and many other stories about the history of the Man Booker, watch this film.

Sir Francis Chichester’s record-breaking circumnavigation of the globe in 1966-1967 is a legendary accomplishment in yachting and sporting history. When he sailed back into Plymouth Sir Francis was greeted by a fleet of small boats, thousands of fans and a hysterical press.

This huge public interest was largely owing to the Marconi Kestrel radio telephone installed on board the yacht Gipsy Moth IV which enabled Sir Francis to send weekly newspaper despatches throughout his voyage.

This same radio set, however, also allowed Sir Francis to communicate, very occasionally, with his wife Lady Chichester. One of these rare conversations took place on 19 November 1966 and, fortunately for us, it was recorded and has now been preserved as part of the Unlocking our Sound Heritage project.

The recording itself is of poor quality, but this only reflects listening conditions at the time. Lady Chichester was on board the cruise ship SS Oriana at the time, on route to a planned rendezvous in Sydney, and the radio signal was weak and subject to lots of interference. Questions had to be repeated, voices raised, and speech slowed down. There was also an operator on the line throughout, so there was no privacy between the couple.

In spite of the circumstances, both Sir Francis and Lady Chichester sound remarkably composed. Much of the 14 minute conversation is taken up with the exchange of essential information relating to their respective positions, rates of progress, weather conditions and expected arrival times into Sydney. It is hard to believe that this was the first time they had spoken in nearly three months, or imagine the dangers Sir Francis had already faced in his voyage.

Nevertheless, the ability to communicate via radio telephone, was clearly of great importance to both parties. After the voyage, Lady Chichester stated, ‘the radio communication with Gipsy Moth IV was something really marvellous, and the men who worked it were wonderful people’ (‘A Wife’s Part in High Adventure’ in Sir Francis Chichester, Gipsy Moth Circles the World (Bello, 2012), p. 249).As for Sir Francis, being able to speak directly to Lady Chichester provided a much-needed psychological boost. He signs off “very glad to hear your voice and you have all my love, all my love, goodbye, goodbye”. Later, he wrote in his account of the voyage, ‘It was a joy to hear her, and to be able to talk directly to her. This cheered me up immensely’ (Gipsy Moth Circles the World, p.93).

Recording of the week: adrift on an ice floe in the Arctic Ocean

Sir Wilfred Thomason Grenfell (1865-1940) was a British physician, medical missionary and humanitarian, who worked on the Newfoundland and Labrador coast, Canada for over forty years.

In 1908, on his way to operate on a child, he travelled from St Anthony on Newfoundland's Great Northern Peninsula on a sledge drawn by dogs, and found himself stranded overnight on an ice floe drifting in the Arctic Ocean. He survived this potentially fatal mishap and was rescued the next day. 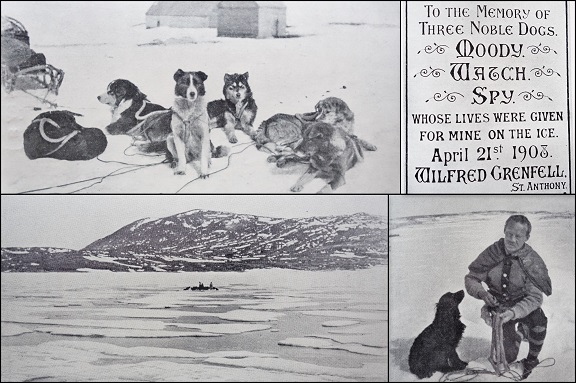 Sir Wilfred Grenfell, his sledge dogs and the bronze tablet at St Anthony Hospital he had made to commemorate the dogs that saved his life. (Images from the 1910 edition of Adrift on an Ice-Pan. Shelfmark: 10460.cc.20.)

Grenfell wrote a short book narrating his near-death experience entitled Adrift on an Ice-Pan (1909) which is now in the public domain. It’s an interesting read illustrated with photographs of him and his sledge dogs, which he calls ‘his team’. Regretfully he had to sacrifice three of his beloved dogs to avoid freezing to death that night.

This audio recording of Grenfell himself narrating the incident is a short version of his book. It was issued by the HMV label in May 1911. Through his career Wilfred Grenfell campaigned and raised funds for the building of hospitals, orphanages, schools and the improvement of living conditions for Labrador and Newfoundland fishermen and their families. He wrote several books of his travels in the area to promote it to the general public.

His legacy has inspired authors like English travel writer Bruce Chatwin and US novelist Saul Bellow. There was even an Adrift on an Ice Pan comic version published by True Comics in 1941, which you can also read online.