Cathy Courtney, Project Director and interviewer for Artists' Lives writes about her interview with Stephen Farthing and his memories of 9/11.

Painter Stephen Farthing was recorded for National Life Stories’ oral history project, Artists’ Lives. Because the recordings are life stories, they set each person’s career within a biographical account and capture a great variety of material, often of broad social history significance. 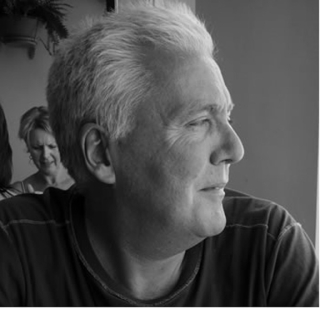 Here, Stephen recalls being in Manhattan on September 11 2001, the day New York’s World Trade Towers were hit by the two planes hijacked by terrorists, causing the towers to collapse with terrible loss of life.

Stephen’s account captures the shock of the attack but also an initial reflex attempt to carry on with the business of the day as if nothing had happened. It contrasts with the way many people worldwide watched the news unfold. Through extracts from the recording, one senses the need for those nearby to take time to understand what had happened.

In September 2001, Stephen was Executive Director of the New York Academy of Art. On September 11, he and a colleague were using rooms in a bank (MBNA) on New York’s 57th street to interview candidates for a job at the Academy.

A later extract captures the first gathering of the New York Academy of Art students after the attack.

A local detail from Stephen’s recording illustrates how Manhattan was changed by the 9/11 attacks and the later financial crisis.

This recording is from Stephen Farthing's interview in the Artists' Lives collection. Artists' Lives is an ongoing National Life Stories project to document the lives of individuals involved in British art, including painters, sculptors, curators, dealers and critics. Full life story interviews from the collection can be listened to online at British Library Sounds.

Posted by Charlie Morgan at 9:00 AM