Ghosts in the collections

It’s Halloween, so what better time to delve into our oral history collections in search of accounts of the eldritch, mysterious and paranormal? In a branch of history often focused on the details and routines of everyday life it’s interesting to note the number of supernatural experiences that crop up in an average life story interview – especially when we consider that interviewees are rarely, if ever, asked directly for this sort of story. Accounts of spooky legends or personal encounters with the supernatural find their way into everything from descriptions of family dynamics in the Artists' Lives collection to accounts of rural postal routes in An Oral History of the Post Office. I selected four of my favourite ghostly clips I encountered during my time as an Unlocking our Sound Heritage volunteer at the British Library. 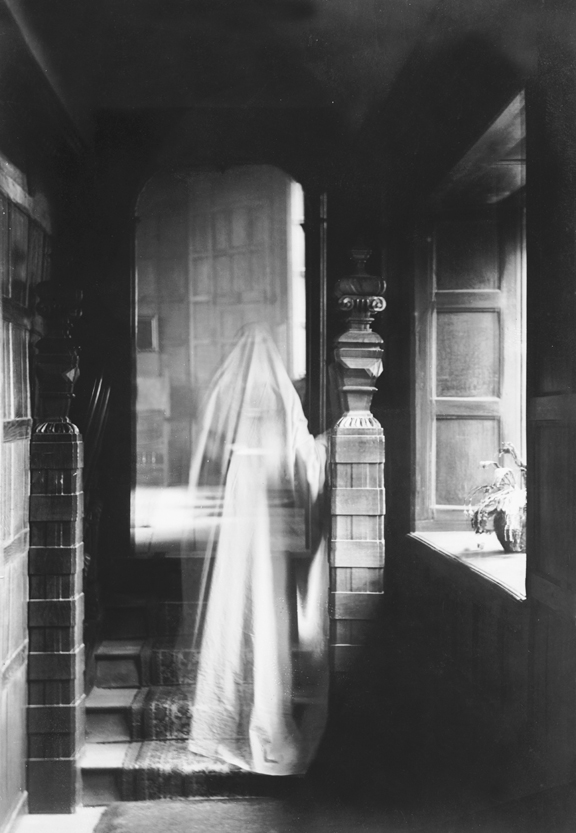 John Carey, the literary critic and Oxford professor, interviewed as part of the Authors' Lives collection, describes an average day as a student at St Johns College. Stating that he would often study in the college library ‘a lovely library… [although] half of it [was] haunted’ he recalls the university legend of the ghost and a fully-fledged (albeit tongue-in-cheek) encounter with it.

If Carey seems sceptical as to whether or not his tale is true. Susanna Richmond (Artists' Lives) has no such doubts. She remembers in detail the haunted house her father grew up in which attracted the attention of Society for Psychical Research (‘[Arthur] Conan Doyle would come and sit in the garden hoping to see the fun!’) and which none of her family doubted they shared with The Grey Lady.

In a more whimsical brush with the other side Clifford Mewett was a telegram boy in the Post Office in the mid-60s when he met a helpful ghost on a Kentish country lane who gave him directions to the house he was trying to find.

And organic farmer William Best describes family legends of ghosts passed to him from his mother who lived in the ‘seriously haunted’ village of Wing and points out that it wasn’t so long ago that the mystical and spooky was part and parcel of English life.

Best’s account of his mother experiences highlights an interesting point about ghost stories and their larger context within oral history. In the UK we don’t, generally, tell and retell stories, family events or local legends to anywhere near the extent that people in other countries do, but we make an exception for unexplainable experiences. The stories of headless horsemen and disembodied footsteps that Best’s mother passes down are revealing, not because they are convincing, but because she thought it was important to pass them down. What’s more they provide an insight into her rural community and its collective mind-set that might otherwise have been lost. Ghost stories then may be of particular interest to the student of oral history as a rare example of a strong, sustained oral tradition coming out of a culture where, generally speaking, these traditions are weak.

The cultural importance of ghost stories as oral tradition and our familiarity with them as spoken narratives may also explain why, in spite of a healthy modern scepticism, and never being asked directly for a tale of terror, interviewees giving accounts of their lives stray again and again to the supernatural. The clips here are only a small sample, and many more first-hand accounts of phantom artist models, premonitory visions and boarding house poltergeists lie buried in the BL collections for those brave enough to unearth them…

Posted by Charlie Morgan at 9:54 AM