Recording of the week: Dungeons and Dragons' curious renaissance

I have a confession. Every week or so, a few friends and I gather in a small living room to play Dungeons and Dragons. Or as the Dungeon Master’s mother puts it, “to roll dice and pretend”. My character’s name is Gurth Mandrake. He is an elf. Which makes Dungeons and Dragons seem like the kind of pastime practiced only by the dorkiest of dorks, alongside trainspotting or Mathletics. Except, after years in the excruciatingly uncool doldrums, D&D seems to be making a comeback. 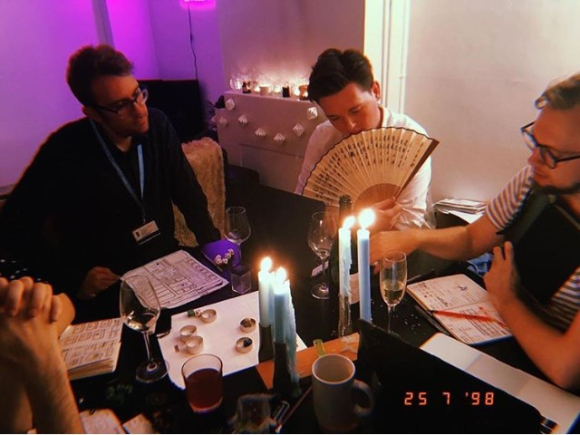 More and more young (and youngish) people are similarly bandying together across the country, inventing characters and being led on giant quests by a storyteller, or Dungeon Master. Programmes like Stranger Things and Harmonquest have only inspired more and more groups to spring up. You may know someone who, despite their perfectly normal outward appearance, moonlights as a roguish orc every once in a while.

Sure, it’s still fairly nerdy. There are dice with more than six sides and character sheets so initially bewildering, some players tap out within the first few sessions. But for those who stick with it, rolling dice and pretending may just be the finest storytelling vehicle there is.

The following is our theme tune, a track that starts every one our D&D sessions composed by Tom Bennett. More can be found at Dungeons and Drag Queens part 1 (DD00014165).

Contemporary Britain, Music, Recording of the week, Sound and vision