Although we don’t go regularly to church [...] my wife would still feel, and I think I would still have a hankering feeling, that ceremonies like marriage ought to be blessed with a sacramental service of some sort or other. [409/01] 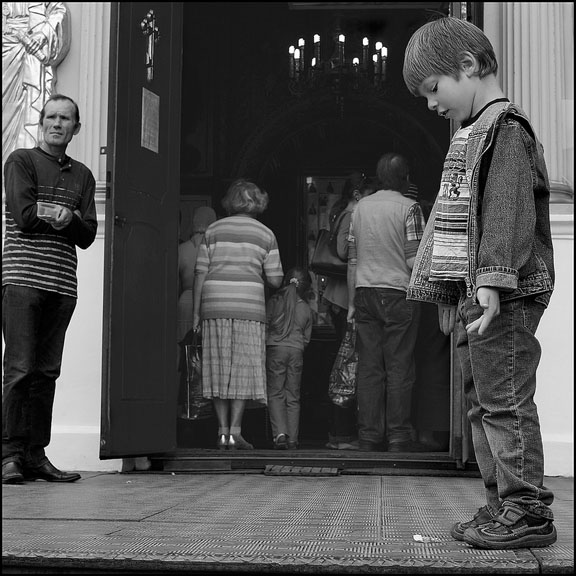 In a recent collaboration between National Life Stories at the British Library and the Understanding Unbelief programme at the University of Kent, I have been exploring three collections of oral history interviews at the British Library for moments when interviewees talk about not believing in God or gods, lack of interest in and/or engagement with religion, and existential beliefs held in the absence of religious belief: C1364 ‘An Oral History of the Water Industry’, C409 ‘NLSC: City Lives’ and C900 ‘Millennium Memory Bank’.

This may, at first glance, seem a curious, even eccentric endeavour. But unbelief itself is far from eccentric – the majority of people living in the UK say they have ‘no religion’ and all evidence suggests that most of these are also either atheist or agnostic. Furthermore, as the ‘background’ to the Understanding Unbelief programme makes clear, the work is necessary as very little is known about religious unbelief, beyond the well-known public arguments of the New Atheists and other high-profile commentators.

In this blog, which follows my previous blogs ‘English Atheist’ and ‘Religious unbelief in the life of Professor Sir Fred Holliday’, I focus on ways on which interviewees in the collections I have used value religion in spite of their own unbelief.

Certain interviewees who say that they are themselves not religious and/or do not believe in God or gods nevertheless value the presence – in social and physical space – of religion. This extract articulates this position especially clearly:

The reference of this interviewee to ‘wonderful cathedrals’, ‘glorious buildings’ that are ‘so uplifting’ is echoed rather closely by another interviewee:

This second speaker was born in Kenya in 1945 into a practising Hindu family, had moved to the UK alone as a teenager, and was – at the time of interview in 1999 – the Chairman of the Bristol Hindu temple. Though he regarded himself as ‘not religious’ and doubtful about the value of rituals performed in the temple, he was nevertheless clear about the value of the existence of the temple and the rituals: ‘I don’t want to knock it down: I don’t say that this is all rubbish because I don’t believe in it, then nobody should do it. [...] Those rituals must take place if that’s what the community want’ [C900/00631]. We tend to forget, perhaps because we are attuned to ‘New Atheism’, that not believing in God (or gods) is not the same thing as opposing religion.

Already implied in the extracts above, the existence of religion, physically and socially, is valued especially at certain times of life, especially at the end of others’ lives. The first speaker referred to the role of the church ‘when people get born and married and die’ and later in his interview, says of funerals: ‘the Church does it better [...] it's much nicer to have a beautiful service with well-known hymns and a lovely anthem, you know [...] it doesn't do the dead person any good, but it helps the survivors to carry on’ [409/134]. Another interviewee, equally clear about his own lack of religious belief, speaks (with evident emotion I think) of missing, and not missing, Christian funeral services. As the clips begins, he is speaking of his father: 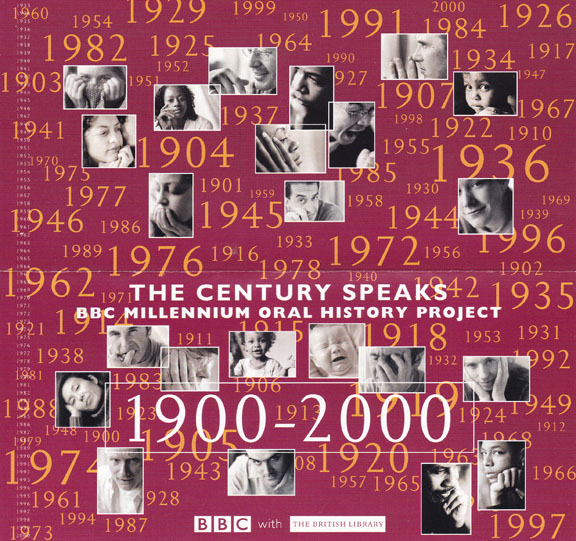 More common than the valuing of the buildings, music or social role of religion, is a feeling that religion contains ‘values’ that are worth passing-on to the next generation. In the case of Christianity, the next two clips paint much of the picture:

There is some evidence, in Millennium Memory Bank interviews with those with non-Christian religious backgrounds, of a somewhat similar wish to pass on religion in spite of personal unbelief. These three clips cover much of the ground. The first two speakers discuss a strong urge to pass-on to their children aspects of Judaism that they themselves have tended to live without. The third refers to the syncretic Sikh-Hindu upbringing of her children in the context of doubts about whether she can be described as ‘religious’:

What this ‘passing-on’ might look like from the child’s point of view may be suggested – without claiming any perfect match up across very different lives and religions – in certain Millennium Memory Bank interviews with children and very young adults. In the next clip, a seventeen year old born in Bosnia, who had migrated to the UK to escape the Bosnian war, suggests that her mother was keen to pass on a Muslim inheritance or identity, without being ‘religious’ herself:

In the final clip, a thirteen year old, born in Cambridge into a family that he regards as ‘normally’ non-religious, suggests that his parents have passed-on a positive regard for Christianity, along with certain ‘values’:

In 1994 Grace Davie published her book Religion in Britain since 1945. It was very successful, and is especially well known for the argument that religion in Britain at the end of the twentieth century should be understood in terms of ‘believing without belonging’. Indeed, Davie’s position strongly influenced the text for the ‘Beliefs and Fears’ theme in the research guide used by BBC interviewers in the project – ‘The Century Speaks’ – that produced the Millennium Memory Bank collection. What we seem to have in the extracts in the blog are features of the partly reversed, and much less catchy, ‘valuing religion without believing’.

For more on unbelief, visit the website of the Understanding Unbelief project: https://research.kent.ac.uk/understandingunbelief/

Posted by Charlie Morgan at 4:18 PM