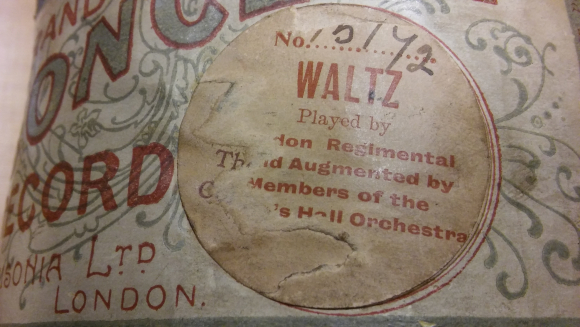 It was exciting to receive an Edison concert cylinder as a donation recently, but much more so to discover that it is probably the first recording by members of the Queen’s Hall Orchestra.  Cylinder box labels and the cylinders housed within often do not match, so until we were able to play the cylinder, with a special sized mandrel, we did not know if it was what the label declared.  Fortunately, there was an announcement and the strains of Weber’s Invitation to the Waltz were immediately recognizable.

Pitching the recording and ensuring the correct playback speed was of paramount importance.  Our engineer had found discussion on the internet speculating that the speed should be 120 rpm for concert cylinders.  However, this pitched the music far too high.  The work was written in D flat major and I found in the British Library collections the score and parts of the edition that probably would have been used for this recording published by Boosey and Company in 1889.  Like the original work, the key of this arrangement is D flat major.  The cylinder had to be played at 102 rpm to give a satisfactory performance of the work.  Evidence that it is a copy (by the pantograph process) and not an original can be heard at the end of the recording where three thuds are heard as the master cylinder hits the end of the grooves, but the copy keeps running.  The first few grooves containing the announcement are damaged but once the music begins, the sound is surprisingly good for 116 years ago.

Weber Invitation to the Waltz 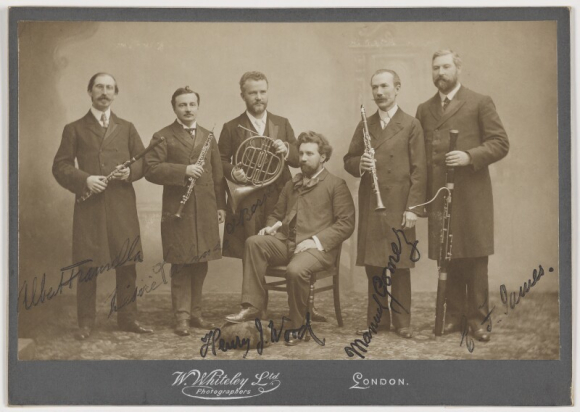 The Queen's Hall orchestra was founded in 1895 to inaugurate the new Promenade Concerts.  It was in 1902 that the Queen’s Hall Wind Quintet was founded. Trained and rehearsed by the orchestra’s conductor Henry Wood, who also played the piano in performances, the group was known as Wood Wind.  Lecture concerts were given in the Small Queen’s Hall in an effort to make works written for wind ensemble known to the general public.  The members were Albert Fransella (flute), Désiré Lalande (oboe), Manuel Gomez (clarinet), Frederick James (bassoon) and Adolphe Borsdorf (horn).  It is highly likely that some or all of these musicians are heard on this recording.  Most were born in the 1860s and Lalande died in 1904 at the age of thirty-eight.  Gomez, born in 1859, was a founding member of the London Symphony Orchestra while Borsdorf, born in 1854, performed in the English premiere of Richard Strauss’s Till Eulenspiegel under the baton of the composer in 1896.  The Queen’s Hall was destroyed in 1941 when it was bombed by the Germans. 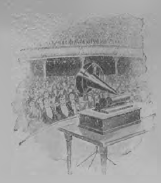 Concert cylinders were developed to produce a louder sound so that recordings could ‘be clearly and distinctly heard throughout the largest halls, and in the open air.’  They were not commercially successful, no doubt due to the price and cost of playback equipment.  The A1 Concert Grand, which could play both standard size and concert cylinders retailed at £16 and 16 shillings. 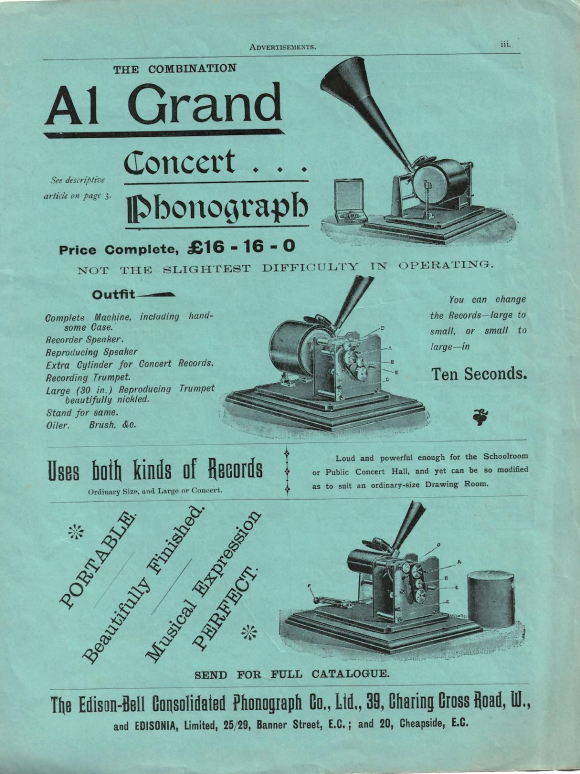 The recording we have here was made around 1902 being priced at six shillings, equivalent to around £31 in today’s money.  The machines were very expensive with a complete package including horns, twelve cylinders and three blanks costing an amazing £40 in 1902. 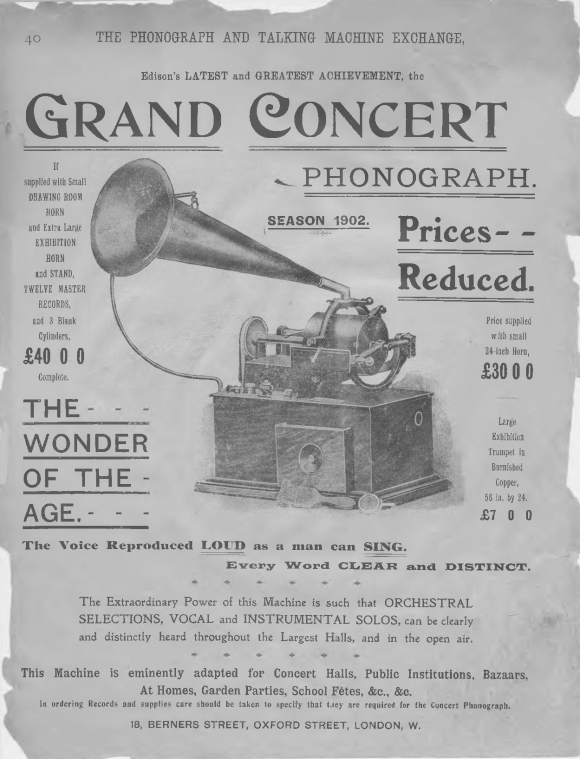 A list of twenty recordings by the London Regimental Band augmented by members of the Queen’s Hall Orchestra appeared for the 1902 season advertised in the Phonograph and Talking Machine Exchange, so they could have been recorded the previous year. 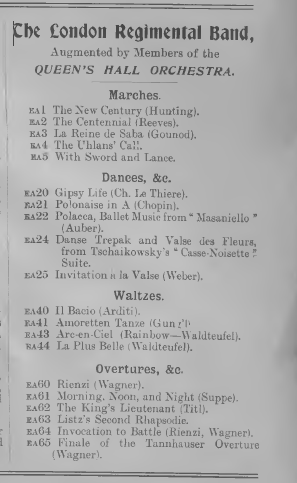 Thanks to Jolyon Hudson for the donation of the cylinder and extra information.

Posted by Jonathan Summers at 1:47 PM