Recording of the week: a whole nother

This week's selection comes from Dr Amy Evans, a recent volunteer for Unlocking our Sound Heritage.

Whether this phrase amuses or maddens you, it is interesting to consider its provenance. I’m in in the former category, and find this a delicious curiosity of non-standard spoken English! The expression was submitted to the Library’s WordBank by a contributor from the Middle West of the US.

The contributor says:
'OK so in Indiana a very common phrase that we use is a whole nother. You would spell it A space W H O L E space N O T H E R and instead of saying I would like another whole bagel you would say I’d like a whole nother bagel and it’s very commonly used, just about everybody I know in Indiana uses that phrase. It’s very popular'. 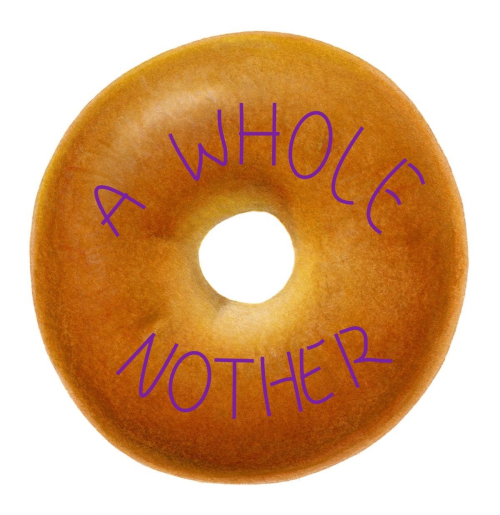 We can easily recognise that the word another is a fused form of an other reformulated as one word as a result of changes in spelling conventions. However, we would rarely expect an intrusion between the two parts, let alone an interruption of the first an. So how has a whole nother appeared? One interpretation is that this queue of bagel eaters is, in fact, demonstrating a perfectly natural linguistic process, in which phonetics (speech sounds) rather than morpheme boundaries (the point at which two or more ‘separate’ elements of a word meet) are the guide. English syllabification is based on morphological principles. Nevertheless, instinctively we syllabify the words here as a-nother, with the stress on the consonant <n>. Subconsciously, a re-interpretation of syllabification occurs, and with stress as our guide, we compose a whole nother.

The successive strong stresses of the result (whole no-) serve further to underline the intended point. In the literary language of scansion and poetic metre, we move from an amphibrach (one triple-metre foot of unstressed-stressed-unstressed a-no-ther), to an iamb followed by a trochee (the duple-metre of an unstressed-stressed foot followed by a stressed-unstressed foot a whole and no-ther). In laypersons’ terms, the stresses move from de-DUM-de to de-DUM DUM-de. Those of us who enjoy the phrase make quite a meal out of the inserted WHOLE and the springboard N sound.

You can currently hear this phrase used as an emphatic tool throughout the UK, US and beyond. Whether you decide to deploy it for dietary purposes so as to enjoy seconds today is a whole nother issue. Hungry for more? You could bake your own bagels so as to consider another type of verbal inheritance and its many non-standard written forms, the recipe—in either wheaty or gluten-free version. As a coeliac, I would like to point out that no UOSH volunteers were harmed in the research of this post!

Accents & dialects, Americas, Recording of the week, Save our Sounds, Social sciences, Sound and vision