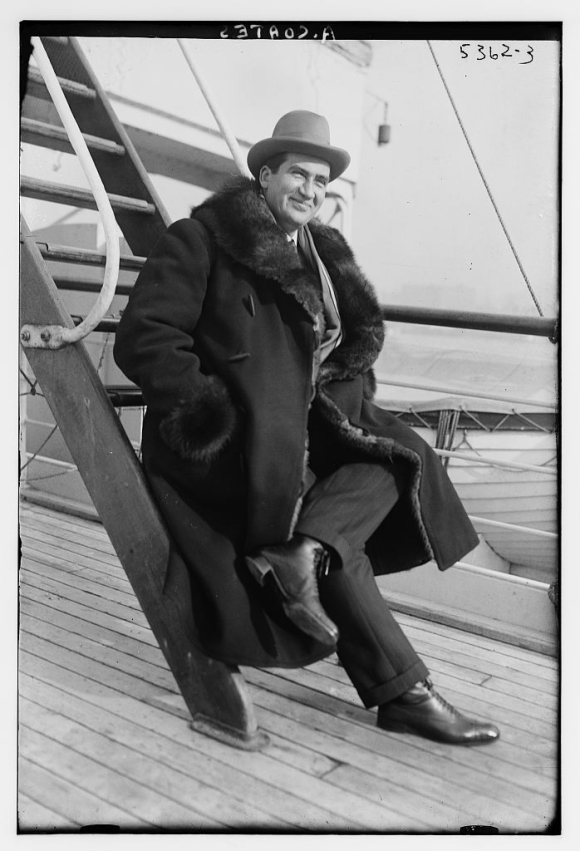 David Patmore, a retired lecturer from the University of Sheffield, shares his passion for conductor Albert Coates whose flamboyant style and super-charged performances from the 1920s and 1930s were captured in his copious recorded output.  We discuss his early years under Arthur Nikisch (1855-1922) and include some of his commercial recordings and supplement these with unique off-air material and an interview with his daughter Tamara. 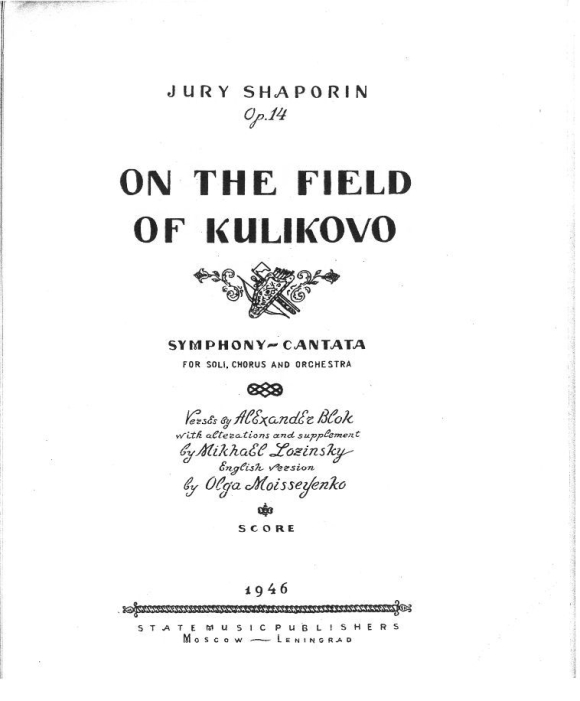 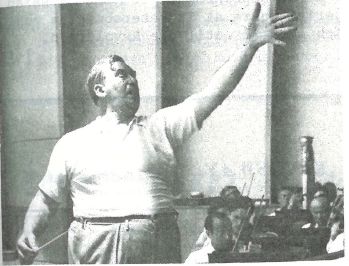 The recording of Mark Reizen and the Glinka overture used with permission of Marston Records.

Posted by Jonathan Summers at 2:49 PM

Recording of the week: Bubu music from Tasso Island

Natural history broadcaster and author Dennis Furnell first travelled to Sierra Leone in January 1991 to record wildlife sounds for his radio programme Country Scene, broadcast on BBC Bedfordshire. As an active environmentalist involved with charities such as the Royal Society for the Protection of Birds and Birdlife International, he was part of a group visit, organized by the European Common Market, to Sierra Leone to see if it was possible to create an infrastructure for ecotourism. It was his first and only trip to the country.

The following recording was made by Furnell on 24 January on Tasso Island, about 8 miles east of Freetown, the capital of Sierra Leone. Made on cassette, this is a sound recording of traditional Bubu music, a genre modernised and popularised by Sierra Leonean pop star Ahmed Janka Nabay (January 5, 1964 – April 2, 2018) who first released music in his early 20s, also on cassette tape. Traditional Bubu music, played on “bamboo flutes, carburetor pipes, and other metal tubes of different sizes, as well as large wooden boxes, shakers, cowbells, and triangles…” (Nuxoll, 2015) has served diverse purposes in Sierra Leone, being linked with folk rituals (witchcraft), Islamic festivities and carnivals. Its popularised version, enhanced with synthesisers and drum machines, was appropriated by the Revolutionary United Front (RUF) rebels during the Sierra Leonean Civil War –

'During the war, civilians who suffered direct encounters with the rebel insurgents witnessed terror operations involving Janka Nabay’s music. RUF combatants regularly used Bubu music when invading villages and towns as part of hit-and-run raids. The rebels would play Janka Nabay’s popular music from ghetto blasters in order to attract and lure out unsuspecting civilians for easy capture or forced conscription. At other times, rebels would create the impression of initiating a party, playing Bubu music from loudspeakers and inviting civilians to join in, only to later disclose their real motives and then capture them.” (Nuxoll, 2015)

Dennis Furnell arrived on Tasso Island and made this sound recording by sheer chance. Returning from a visit to a nearby island, the person driving the canoe said they would go to Tasso because the chief was a friend. Dennis was keen to share his recollection of the event –

'This was an unplanned gathering of musicians and dancers (mainly children dancing) done, I believe, simply for my benefit and that of a small group of Scandinavian visitors who had come along for the ride.  European visitors to Tasso Island were a rarity. As I said, the event was laid on by the Chief whose name I never discovered. It was a truly happy occasion after a relatively sombre visit to the nearby, uninhabited “Bunce Island” with its deserted slave compounds and rusting chains. There was a slave graveyard and armed forts, still with Georgian cannon pointing seawards and gun carriages eaten by termites.  It was a major slave shipping island taking slaves from the Sierra Leone River to America. To my mind it seemed to maintain a shadow of its awful memories and appalling cruelty.

The musicians were residents of Tasso Island who simply appeared from dwellings and other buildings at the behest of the Chief, carrying with them a variety of tubes, pipes and drums, including car exhaust pipes, metal water pipes, steel vehicle brake drums – all in a variety of sizes. There were one or two sheet metal cones.'

'When they began to tune up it was rather discordant, then the children and young women began to beat time with their feet and the band seemed to pick up the rhythm. I had been talking into my recorder when the music started, but didn’t start to record the music straight away as I had some problems with over-modulation from the tea-chest drummer and I also wanted to photograph the dancers… But, when the band began in earnest I started to record. The sounds were fascinating and I wished I had begun to record from the beginning. It was a wonderful happy sound that reminded me of traditional Jazz.' 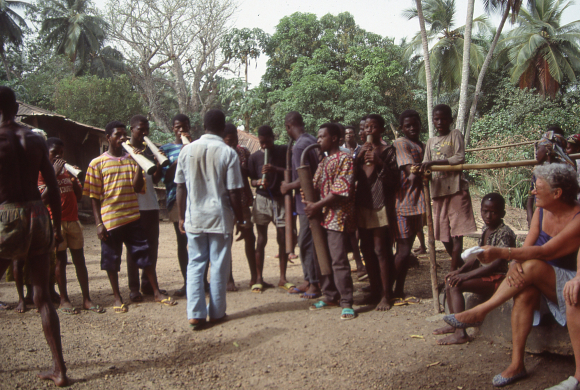 'Just at the end of my stay, the government collapsed and the army took over – and after some worrying moments I left the country.  However, I retained a link through the Conservation Society of Sierra Leone (CSSL) and the Children’s Wildlife Week through a charity we had created with the support of my wife and several friends.

Not long after I returned to the UK war erupted, fueled by forces from Liberia under the control of the corrupt regime of President Taylor and the war continued for nearly 12 years* with appalling atrocities.  During this time (with the exception of 2 years) our charity, the Rainforest Action Fund, with the help of the RSPB’s contacts and Birdlife International, managed to channel funds to the Children’s Wildlife Week and CSSL.'

Dennis Furnell donated the cassette tape to the British Library after playing it on his radio programme, for fear of it becoming lost in his own library. It was later included on a CD to accompany the British Library’s exhibition West Africa: Word, Symbol, Song, distributed exclusively by Songlines magazine.

*The Sierra Leone Civil War lasted from 1991 to 2002. However, there was never really any peace after that which is why Dennis Furnell refers to it as having lasted 12 years.

Recording of the week: it's a bit Derby!

Rhyming slang is a wonderful vehicle for individual and collective linguistic creativity. The expression here a bit Derby [= ‘cold’] was submitted to the Evolving English WordBank by two contributors from Nottingham and captures the playful rivalry between neighbouring cities.

'The term I was thinking of from Nottingham was we say if it’s cold we say it’s a bit Derby and this comes from it’s kind of a rhyming slang where we have a famous road called Derby Road but a lot of people in Nottingham seem to drop the L when they say cold so they say cowd so it rhymes with Derby Road so if someone says ooh it’s Derby they mean it’s cold.' (British Library shelfmark C1442/1310)

'In Nottingham we might say it’s cowd instead of it’s cold and if we’re feeling frisky we might actually turn that into rhyming slang so oh it’s a bit Derby Road obviously rhyming with cowd meaning cold and we particularly don’t like Derby in Nottingham so it’s doubly funny.' (British Library shelfmark C1442/684)

Both speakers explain that the phrase derives from a dialectal pronunciation of cold as ‘cowd’, thus potentially rhyming locally with road. As the conventions of rhyming slang require the rhyming component (‘road’) be omitted, it’s a bit Derby might appear incomprehensible to outsiders but immediately strikes a chord with locals. The phrase illustrates how dialect is constantly refreshing and re-inventing itself and the obvious enthusiasm with which it’s used confirms the continued relevance of dialect as a means of expressing local identity. 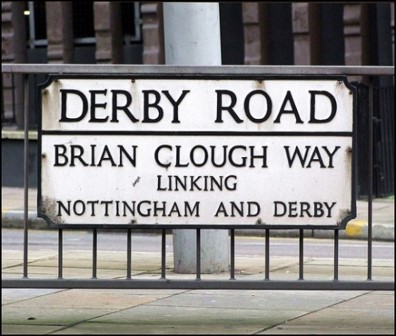 The Derby Road itself merges into a long stretch of the A52 recently re-named ‘Brian Clough Way’ in honour of the football manager who enjoyed unprecedented success at both Derby County and Nottingham Forest from the 1970s to early 1990s. Despite the fierce rivalry between the two clubs, he’s viewed with equal affection in both cities, so this simple phrase conveys much more to a local than outsiders can possibly imagine.

Recording of the week: starling mimicry

Learning to identify bird song can be tricky at the best of times; to the untrained ear it can all sound remarkably similar. To add to the confusion, many birds like to show off by mimicking the songs of other species, and some are very good at it. 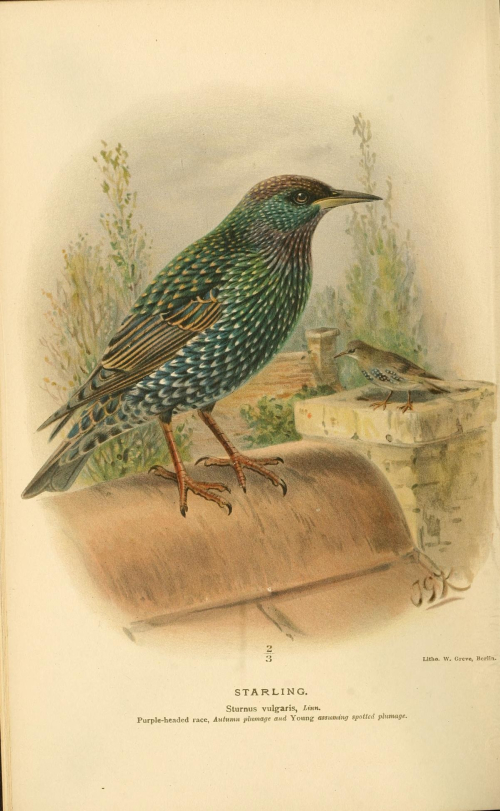 In the UK, our best copycat is the starling (Sturnus vulgaris). These incredible birds are like little avian hip hop artists. They take in ‘samples’ of the songs and calls around them and remix them! A typical starling song is very complex, consisting of multiple layers, and can incorporate song fragments from five or more species. Sometimes the song is reproduced faithfully, other times the rhythm is chopped up, repeated and mixed in with other sounds. It’s not just other birds they mimic too. They have been recorded mimicking mammals, car alarms, telephone ringtones, and even human speech.

This spectrogram shows the similar harmonic content between the flight call of the buzzard and the starling’s mimicry.

Recording of the week: sculptor Eduardo Paolozzi on post-war Britain

Sculptor Eduardo Paolozzi (1924-2005) describes how it felt to be an artist in the 1950s. Post-war Britain was changing but there was nonetheless a pervading sense of austerity. Paolozzi says, 'we were all grey'.

This sense of austerity was, for Paolozzi, coupled with a sense of apprehension towards foreign art and foreign food. Picasso was deemed 'interesting but foreign'. Spaghetti was unheard of!

He mentions the Festival of Britain, a national exhibition that took place on London's South Bank in 1951. The Festival attracted millions of visitors and was seen as a turning point in Britain, where minds were opened to new achievements in the arts and new developments in industry.

Eduardo Paolozzi was recorded by National Life Stories for Artists’ Lives in sessions between 1993-1995. The interviewer was Frank Whitford. 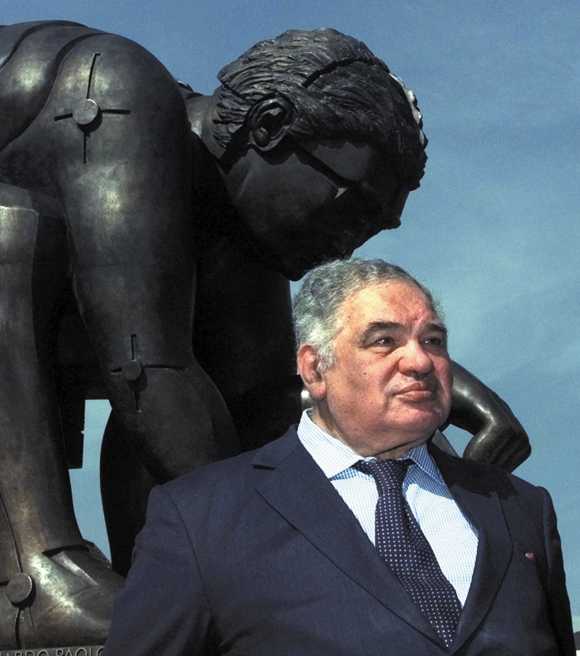 Sir Eduardo Paolozzi with his sculpture of Newton at the British Library, photographed by Chris Lee. © British Library. Image not licensed for reuse.

This clip features on the Voices of art website. Voices of art is a new British Library resource that explores the art world from behind the scenes. Extracts from oral history recordings accompany a series of essays by writers who have been immersed in the art world of the 20th and 21st centuries. To hear Paolozzi's clip in context, see Duncan Robinson's article The London art world, 1950-1965.