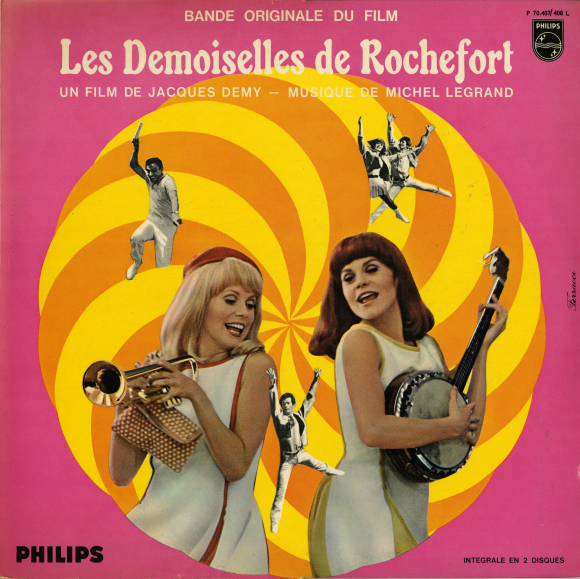 Michel Legrand, who died a few weeks ago, was a prolific composer for the screen.  He won Academy Awards for Summer of '42 and music for Barbra Streisand's Yentl and penned the great hit Windmills of your mind for the 1968 film The Thomas Crown Affair. One of my all-time favourite film scores is his baroque inspired theme and variations for two pianos and orchestra that he wrote for Joseph Losey’s The Go-Between in 1971.  Recorded with the London Symphony Orchestra and coupled with the Symphonic Suite from Les Parapluies de Cherbourg this 1979 LP has long been a collector’s item.  Two copies reside in the British Library’s Sound Archive as does the CD version which was only released in Japan.

Legrand earned his first Academy Award nomination in 1964 for his score to Les Parapluies de Cherbourg notable for the dialogue being entirely sung throughout the film.  The film was extremely popular and won the Palm d’Or at Cannes so writer/director Jacques Demy teamed up again with Legrand in 1967 and tried the same formula with Les Demoiselles de Rochefort starring real life sisters Catherine Deneuve and Françoise Dorléac.

In 2015 I acquired a small collection from choreographer Domy Reiter-Soffer who had worked on the film Les Demoiselles de Rochefort and had been given a tape of the studio recording.  Students of film scores may be interested to know that it includes the count-offs of the musicians and spoken cue numbers.  Some backing tracks also appear without the vocals.

The piano solos are probably Legrand himself and it is good to hear them without the overlaid vocals.  This one has a click track introduction as it appears that Legrand is overdubbing the piano to give a fuller sound.

Here is it with the vocal recorded on top.

No. 9 piano with vocal

Here is another orchestra only track ‘Our Affair’, followed by the vocal overlay.

The soundtrack issue of the time (also donated by Mr Reiter-Soffer) was on two LPs and lists the singers whose voices were used on the recording to which the actors mimed on film. One of them is Legrand's sister, Christiane singing the role of Judith.  While certainly not the LP master, the tape is more of a working product giving an insight into the process that went into making a musical film in France in the 1960s. 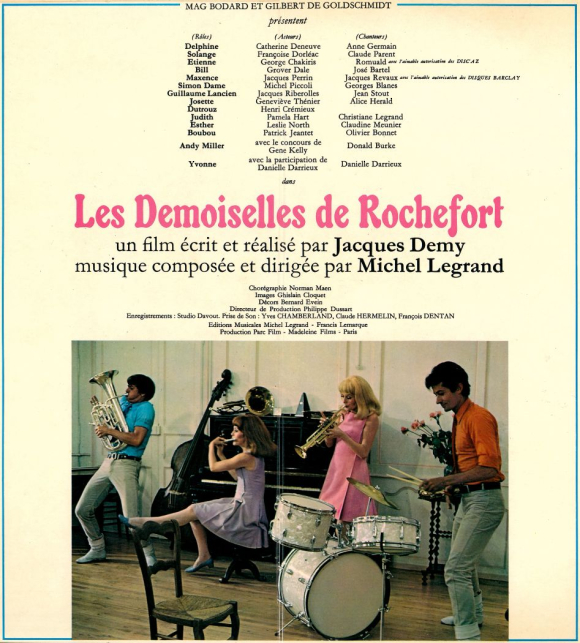 Posted by Jonathan Summers at 3:50 PM