Recording of the week: croggy or backy?

Sadly, despite growing up in Yorkshire and the West Midlands in the 1970s, I never owned a Chopper, although I certainly remember the thrill of a croggy [= ‘shared ride on handlebars of bicycle’] on my mate’s bike (including the obligatory football cards and lollipop sticks attached to the spokes). Online debate about the relative merits of croggy versus backy [= ‘shared ride on back of bicycle’] are numerous and invariably focus on the potential dialectal (i.e. geographical) preference for one or other variant. Curiously, these virtual discussions seem particularly animated on Teesside, where a third variant – tan – also exists, but submissions to the Library’s WordBank, a crowdsourced collection created in 2010/11 by visitors to the Evolving English exhibition, suggest croggy resonates particularly strongly with many contributors. 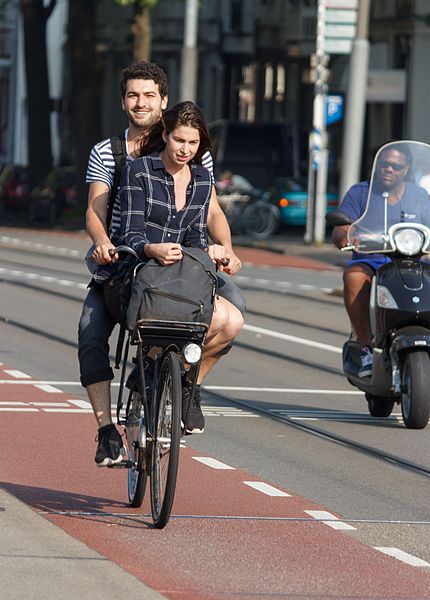 The form croggy arises by taking the first segment of the word, crossbar, changing the final consonant <s> to <g>, and adding the suffix <-y>; thus crossbar → cross → crog → croggy. This brilliantly playful hypocorism is a popular productive process in some British dialects, in which an underlying polysyllabic word containing a medial <-s-> (or <-st->) sound mutates to a <g> (or <k>) sound and the final syllable is replaced by the suffix <-y> (or <-ie>). The most widespread analogous form is probably plastic → placky, although there are other examples and the phenomenon is perhaps particularly common in adolescent speech. I certainly have very fond childhood memories of winters praying we would have enough snow to go plackybagging [= ‘sledging on a plastic bag/bin liner’] and I always kept a lacky band [= ‘elastic band’] in my school blazer pocket to fire paper pellets with.

As this type of linguistic creativity is restricted to very informal speech it is seldom documented in conventional dictionaries, although the New Partridge Dictionary of Slang and Unconventional English (2006) has an entry for plaggy [= ‘plastic’] and The Lore of the Playground (Roud, 2010) includes laggies as one of several regional variants for 'French skipping' (i.e. skipping with a long elastic band round one's legs rather than with a skipping rope). Collins Dictionary categorises croggy as ‘Northern England and Midlands dialect’, while The Dictionary of Contemporary Slang (Thorne, 2014) classifies croggie as ‘schoolchildren’s slang’, thereby implying, I suspect, a somewhat wider (geographic) distribution, which is supported by our WordBank data. The advent of social media offers far greater prominence to this kind of vernacular language and so, not surprisingly, croggy/croggie has several entries at Urban Dictionary (which also includes lacky band [= ‘elastic band’] and (like its counterparts, backy/backie and tan) warrants its own hashtag (#croggy and #croggie) on Twitter. A university friend from Newcastle once uttered my favourite ever example of this process: fantackerbacker [= ‘fantastic’], which kind of sums it up in a nutshell, really.