Recording of the week: life in a rock pool

Life in a rock pool is not for the faint-hearted. These miniature ecosystems, found in the intertidal zone, have evolved to endure extreme condition fluctuations caused by the daily movements of the tide. From full submersion to being left high and dry for hours at a time, the inhabitants of this changeable environment need to be resilient in order to survive.

As with other marine gastropods, the Common Limpet (Patella vulgata) has mastered the art of rock pool life. The following recording, made by Peter Toll on Bantham Beach in Devon, captures the rasping sound of these conical molluscs feeding on algae attached to the rocky surface. 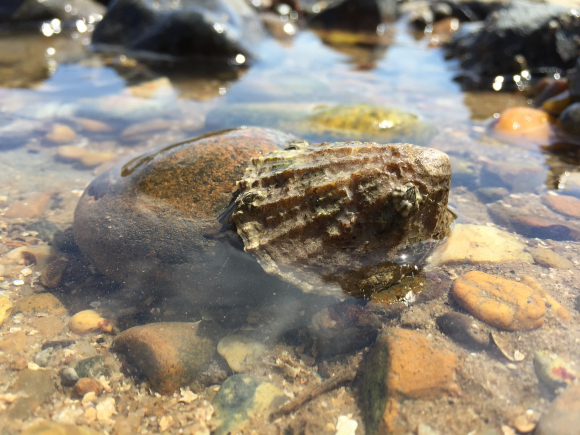 Two underwater microphones, known as hydrophones, were used to listen in on the sounds of this otherwise silent world. To listen to more underwater recordings, head on over to the Environment & Nature section of British Library Sounds.