Recording of the week: the endingidi and the erhu – two types of the spike tube fiddle

The two instruments featured here are both spike tube fiddles. That is to say, the string bearer passes right through the resonator of the instrument. In this case, the resonator is a tube, at right angles to the spike.

One instrument is the endingidi (or ndingidi) from Uganda. The other is the erhu, a two stringed instrument from China. 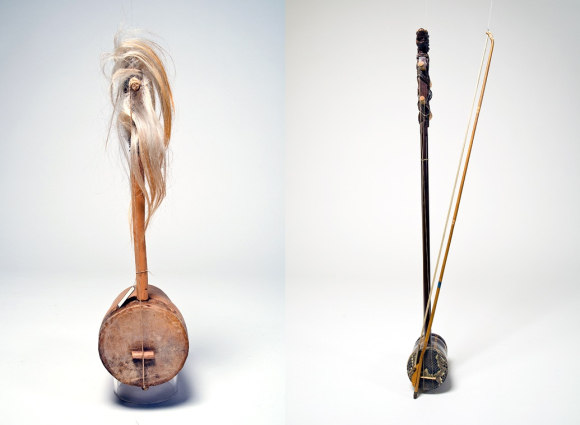 Our recording of the week is an unidentified song for erhu and voice, recorded by Colin Huehns during a field trip to Xinxiang, China, in 1994.

There are quite a few other examples of both instruments on Europeana here. In addition, you can see the erhu played in this photograph of “Female Musicians and singers of Foo-Chow” taken around 1910, provided on Europeana by the Världskulturmuseet (CC BY-NC-ND). It’s played rather like a cello, but the bow is held with the palm facing upwards rather than downwards. 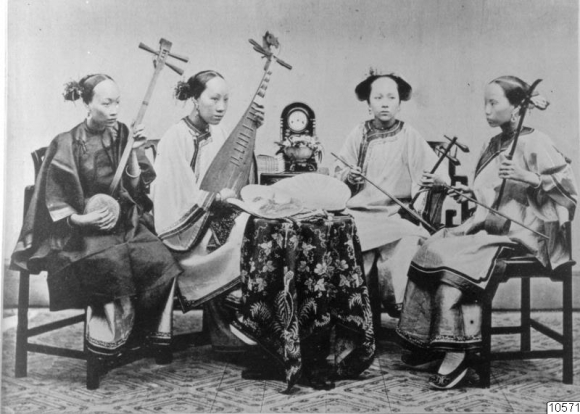 Over 1000 recordings of music from Pakistan, Kazakhstan, Kyrgyzstan and Uzbekistan, as well as China, can be found in the Colin Huehns Asia collection on British Library Sounds.