The tale of the seven whistlers

The natural world is one of the cornerstone themes of British folkloric tradition. From familiar animals to mysterious creatures, our local tales and superstitions are full of references to nature.

For centuries birds, and especially their voices, have been a particularly strong focus of traditional beliefs. Depending on the community, the cry of a bird could mean anything from the approach of stormy weather to an untimely death.

One tale which appears repeatedly in British and Irish folklore is the legend of the seven whistlers. Though occasionally linked to witches or other demonic entities, the seven whistlers were generally believed to be a group of mysterious birds, flying together at night, whose unearthly calls were considered a portent of impending disaster.

Coal miners were particularly susceptible to these supposed messengers of doom. In 1862, locals in the Northumbrian village of Hartley proclaimed to have heard the seven whistlers the night before a pit disaster which claimed the lives of 204 miners. Over a decade later, in 1874, the Coventry Herald reported on a mass walkout at the Bedworth collieries:

'On Monday morning, large numbers of the miners employed at some of the Bedworth collieries in North Warwickshire, giving way to a superstition which has long prevailed amongst their class, refused to descend the coal pits in which they are employed. The men are credulous enough to believe that certain nocturnal sounds, which are, doubtless, produced by flocks of night birds in their passage across the country, are harbingers of some impending colliery disaster. During Sunday night, it was stated that these sounds, which have been designated “the seven whistlers” had been distinctly heard in the neighbourhood of Bedworth, and the result was that the following morning, when work should have resumed, many of the men positively refused to descend the pits.' 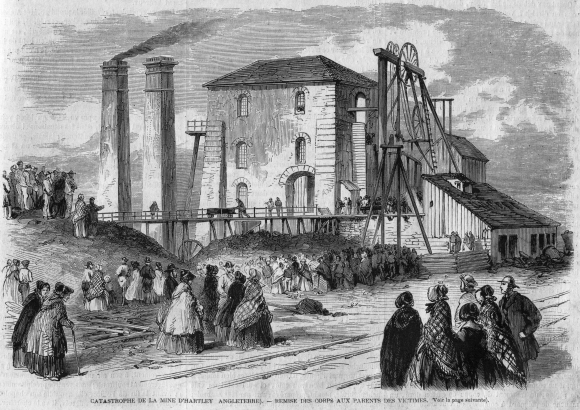 Hartley Colliery Disaster: the dead are brought up to their families (L'llustration, 1862, p 101)

But what were these birds that had the power to strike such fear into the hearts of those who heard their melancholy cries? Almost all accounts point the finger at wading birds, though the exact species differs depending on the region. Some believed the culprits to be groups of curlew or whimbrel. For others it was the golden plover or lapwing. Though this selection may seem an arbitrary one, there is a common thread which links these species together; their shrill, whistling calls.

When listening to the lapwing’s plaintive ‘peewit’ or the curlew’s haunting ‘curlee’, it’s quite easy to see how these birds became entwined with the tale of the seven whistlers. Other birds were occasionally added to the mix, most notably wigeon and swifts, however the migratory nature of these species meant that the association was debunked by most believers. The sharp whistles of wigeon could only be heard during the winter months, while the piercing screams of swifts were a sound of spring and summer. This just didn’t tally with the timing of some local tragedies, whereas birds like the curlew & lapwing could be heard all year round. 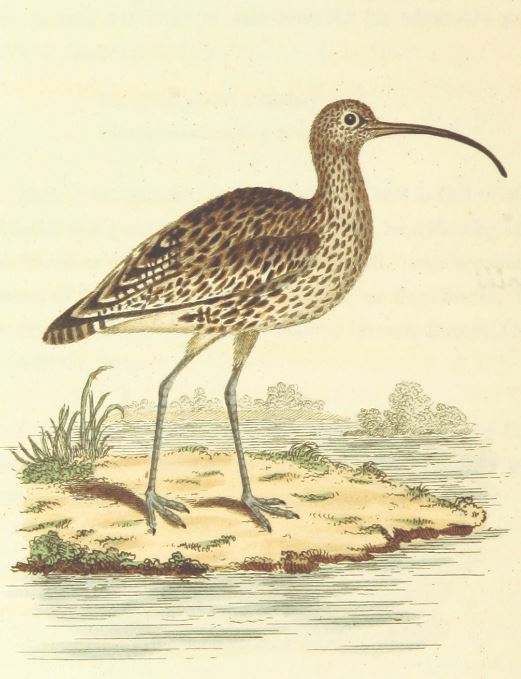 Illustration of a curlew taken from British Ornithology; being the history, with a coloured representation of every known species of British birds, George Graves, 1811

Despite being considered envoys of calamity, birds linked to the seven whistlers don’t appear to have suffered any negative repercussions. They weren’t persecuted or hunted down. But neither were they revered. They were simply listened to.

Perhaps unsurprisingly, superstitions such as these were more prevalent in rural communities with strong ties to the natural world. Though many people, especially those in towns and cities, scoffed at the idea of birds as omens of death and disaster, a Daily Telegraph comment from 1874 reminded readers to look to themselves before casting aspersions on the beliefs of others. Which is a lesson to us all.

"Sensible people should, of course, hold all such absurdities in contempt; but how many ostensibly sensible people are there who entertain the most peculiar ideas concerning Friday, and spilling the salt, and crossing the knives and walking under a ladder? It is natural to laugh at the superstitions of other folks, and to abide very earnestly by our own."

Follow @CherylTipp for all the latest wildlife & environmental news from the British Library.