Where our laws are drafted: 150 years of the Office of Parliamentary Counsel

On 8 February 1869 the Board of the Treasury met to discuss “the drafting or preparing of Bills introduced into Parliament on the part of Her Majesty’s Government.” The Treasury minute goes on to note “the advantage of bringing all important Government Bills under the view of one person,” and being “pleased to direct that the office as proposed shall be constituted to be called the “Office of the Parliamentary Counsel”.

The Office of Parliamentary Counsel has grown from one man and his assistant in 1869 to consist of a staff of 60, including some 50 experienced barristers and solicitors. Led by Elizabeth Gardiner, the team’s job is to assist government departments in preparing Bills.

The experience of Patrick Macrory, director of Unilever, seems to corroborate that view. He worked as an assistant at the Parliamentary Counsel Office during the late 1940s under Granville Ram (known as the ‘Maestro’) and alongside Harold Kent who later became Treasury Solicitor.

In this excerpt from her 1988 interview for NLS Legal Lives, Baroness Hale explains how parliamentary draftsmen contribute to the work of the Law Commission on law reform. 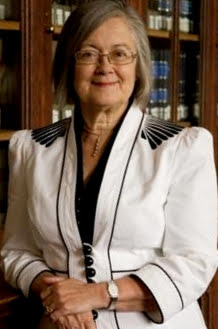 Those currently working in the Office of Parliamentary Counsel are facing unprecedented challenges, drafting legislation to accommodate the constitutional novelty that is Brexit.

Posted by Camille Johnston at 7:00 AM