Forty years ago, on 30 March 1979, the Conservative MP Airey Neave was killed in a car bomb attack as he drove out of the House of Commons car park. He is remembered for the way he died, but also as a war hero who had escaped from Colditz and  as the man who organised Margaret Thatcher’s successful campaign to become Leader of the Conservative Party in February 1975, subsequently becoming Shadow Secretary of State for Northern Ireland. 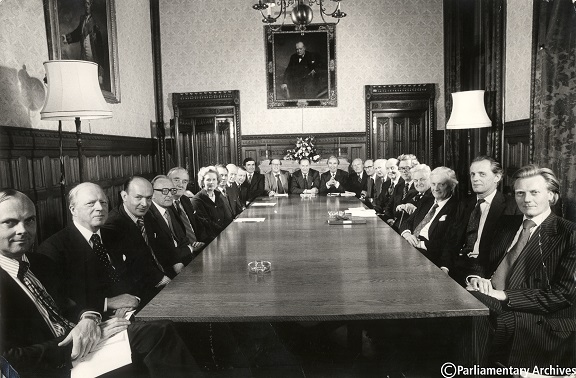 Meeting of the Shadow Cabinet c. 1977. Airey Neave second from the left. Photograph by Tom Blau, copyright The Parliamentary Archives

However what is rarely remembered about Neave is his long-standing parliamentary interest in science and technology. 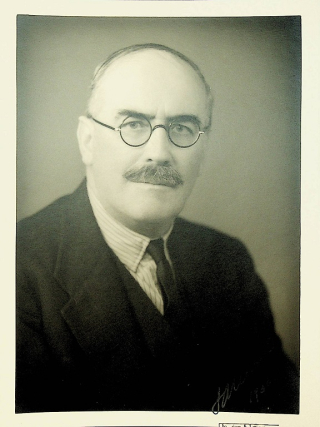 When elected as MP for Abingdon in a 1953 by-election, Neave became responsible for the interests of the many research scientists who lived in his constituency. They worked at a range of public and privately-owned scientific research establishments in the area. These included the Atomic Energy Research Establishment (AERE), the Rutherford High Energy Laboratory, the Culham Laboratory for fusion research, the Esso Research Centre, the Hydraulics Research Station, and two Agricultural Research Council stations. Throughout his time at Westminster, right up until the week before his death, Neave was corresponding on their behalf with Ministers and trade unions on issues such as pay and manpower cuts.1

John Lyons, a union negotiator for AERE staff, remembers meeting Neave at Harwell and again when giving evidence to a 1972 select committee inquiry on science policy.2

The inquiry was run by the House of Commons Select Committee on Science and Technology, of which Neave had been a member since it was set up in early 1967.3 Neave was regarded as a member of the parliamentary ‘science elite’,4 his specialist status strengthened through his role as a legal adviser to an industrial firm that manufactured equipment for nuclear reactors.

He actively supported calls for parliamentary reform during the early 1960s, in part because he sought an improvement in MPs’ ability to scrutinise scientific and technical issues. He helped write a 1963 Conservative Political Centre (CPC) pamphlet that advocated moving detailed business from the floor of the House to standing committees,5 and belonged to a Parliamentary and Scientific Committee group that recommended a select committee would improve parliamentary control over scientific and technological policy. As a member of the Commons Library Committee, he supported changes that brought two science graduates onto the library staff in 1966.6

By 1967 he was considered enough of an authority to be invited by political scientist Professor Bernard Crick to discuss parliamentary procedure on air and to write another CPC pamphlet 'Control by committee'. 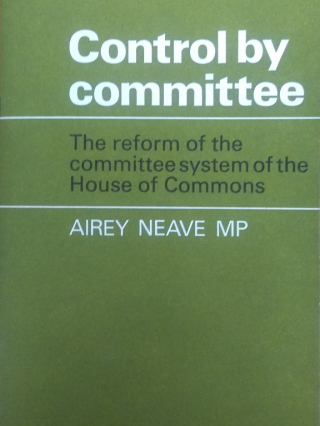 A review of government research establishments was soon underway after the 1970 Conservative victory. The resulting Rothschild Report,8 with its recommendation that government-funded research be conducted on a “customer-contractor principle”, caused such consternation among the scientific community that it immediately became the subject of the inquiry to which John Lyons and the report’s author Lord Rothschild gave evidence.

As a member and then chair of the Commons Select Committee on Science and Technology, Neave was dealing with topics such as defence research, the UK’s nuclear reactor programme and coastal pollution, engaging with many scientists who both supplied evidence or acted as special advisers to the committee. Arthur Palmer, the committee’s first chair, wrote that “one outstanding gain from the existence and activity of the committee has been the steady building up of a network of connections, both personal and corporate, with industry, with leading scientific and engineering personalities and with the specialist journals.”9

Frank Land, an expert in information systems, was one of those personalities, and explains how he contributed to an inquiry on the prospects of the UK computer industry.10

Neave was a pro-active member, arranging for fellow members of sub-committee D to take part in a two-day computer course at Imperial College in January 1970.11

On 3 May 1971, Neave was in the chair when Margaret Thatcher, Secretary of State for Education and Science, gave evidence to the committee on the research council system.12 Opinions on how government should fund scientific research were fluid at that stage, so it is unclear to what extent Thatcher and Neave agreed on developments in policy.13 She had begun to contemplate “fundamental change”, while Neave expressed conviction in a New Scientist interview that research councils should retain control of their budgets, and he made known to Cabinet his criticism of the Rothschild report the following year.14

However there is no doubt that Thatcher and Neave shared a delight in the aspirational, ultramodern surroundings of scientific research, evident from the photos of Neave escorting her on a successful visit to Harwell in September 1973. 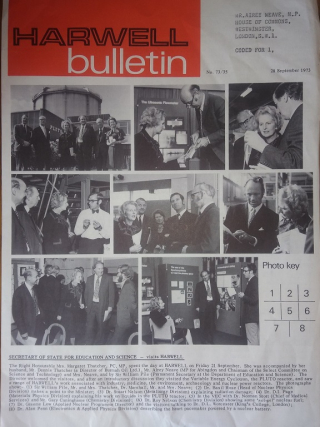 He remained a member of the Select Committee on Science and Technology until 25 February 1975, resigning within weeks of Thatcher’s election as Leader of the Conservative Party to lead her private office and take up his Shadow Cabinet appointment. However he continued to see value in using science to promote Thatcher at home and abroad, suggesting to the FCO that Thatcher could include a visit to “some big scientific or industrial project” on her visit to the USA in September 1975.

If Airey Neave had lived to serve in Thatcher’s government he would have brought an informed view to discussions about Conservative science policy. Even more likely would have been his disappointment with the 1979 reorganisation of the select committee system that saw science, education and the arts covered by just one select committee, diminishing MPs’ ability to scrutinise science for more than a decade until a separate Science and Technology Committee was reinstated in 1992.