“The women have got to be better than the men to survive in architecture.”

This interview was selected for International Women’s Day by Niamh Dillon, who interviewed Angela Brady from 2013-2014 for the National Life Stories project, Architects’ Lives. Niamh reflects on Angela Brady’s career:

Angela Brady was born in Dublin in 1957 and trained as an architect at Bolton Institute of Technology. During her studies, she had her first encounter with the gendered attitudes within the profession. As a response, she determined to ‘work bloody hard’, successfully qualifying as an architect. During her early career she spent periods in Denmark working on housing and moved to London, working for large practices before setting up her own practice, Brady Mallalieu. She campaigned and won election as President of the Royal Institute of British Architects campaigning on a platform to increase diversity within the profession. She was only the second woman to achieve the position and presided over the organisation during the 2012 Olympics. In 2017 she was awarded an OBE for services to architecture.

“…trying to fit two lives. It’s a great strain on women I think really, to have to cope. Because children are not just things you can put down and put away.” 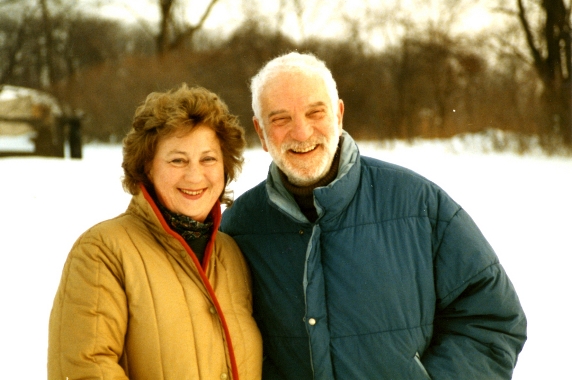 This interview was selected for International Women’s Day by Hester Westley, who interviewed Sheila Girling in 2009 for the National Life Stories project, Artists’ Lives. Hester describes Sheila Girling’s approach to her artistic practice and family life:

Sheila Girling’s life story addresses the challenges which restricted women artists before the days of equality movements and general awareness of gender inequality. Girling trained as an artist at the Royal Academy Schools at a time when women students were expected to treat such training, the same as any male student’s, not as a step towards a profession but more like a finishing school. Following her marriage to the famous abstract sculptor Sir Anthony Caro, Girling put her own practice as a painter on hold, raising their two sons before returning to her studio practice in later life. In this recording she discusses with frankness and compassion the difficult choices she made as she sacrificed her own needs for the needs of others; without bitterness, her candid discussion of what it means to be a woman artist will speak to generations of women as they navigate marriage, motherhood and a professional life.

In this clip, Sheila Girling discusses how she balanced her artistic career, family life, and the career of her husband, Anthony Caro:

This interview was selected for International Women’s Day by Lucia Cavorsi, Audio Project Cataloguer for Unlocking our Sound Heritage who has enhanced the catalogue records for Una Kroll’s interview. Una Kroll was interviewed by Rebecca Abrams in 1991 for National Life Stories. Lucia shares her experiences of listening to the interview and learning about Una Kroll’s life and work:

Getting closer to women coming from completely different paths of life is nowadays not only edifying, but crucial for women’s rights. That’s what happened to me when I worked with this collection item. I got captured by the words of Una Kroll; by her vision of the world; by her incorruptible idealism. A doctor, a feminist, a deaconess (at the time of the interview), an activist, a mother, Una Kroll channelled her anger for social injustice towards service and fight. As a doctor, she set up the first local services for cervical screening and breast analysis at her St. Paul’s Cray practice. As an activist she campaigned relentlessly and cleverly for the ordination of women. As a deaconess and profoundly religious person she challenged the patronising attitude of a male dominated Church.

As a feminist she didn’t conform to given rules and started wondering why women had handed so much power to men; why rules were made by men to hold up women. As a mother she was concerned to see justice and harmony for people who were oppressed, so to offer a fairer world to her daughter. As a woman, she wanted to show how good it was to be a woman; how women’s role in society is to explore better ways to live in harmony, without anyone undergoing segregation. She taught me that opposition to men is a necessary phase both for our political struggles and our growth as women, but it’s just a phase. That what we all need to aim for, is to truly recognise the equal nature of all human beings. To appreciate and understand the inherent dual nature, feminine and masculine, of God. Whatever this is.

To listen to Una Kroll speaking about the stuggle for the ordination of women, head to the Sisterhood and after website. Una Kroll’s interview has very recently been digitised by Unlocking our Sound Heritage. It can currently be accessed at the British Library through the Listening and Viewing Service and will be available more widely soon. Read a written summary of Una Kroll’s interview on the Sound and Moving Image catalogue (reference C464/10).

Posted by Camille Johnston at 12:30 PM