Recording of the week: spontaneous mimicry on a yorkshire moor

Though many songbirds are capable of mimicry, it’s fair to say that some are more talented than others. The European Blackbird is one such example.  From the songs of other birds to the sounds of car alarms, the blackbird is not afraid of stepping up to the mark and having a go.

But why bother wasting time mimicking other sounds when you’ve got a perfectly good song of your own? If you’ve ever listened to a singing blackbird, you’ll know that its voice is a wonderful thing, full of passion and flair. But that doesn’t mean it can’t be improved. As male birds use their songs to attract a mate and ward off potential rivals, it never hurts to have a few tricks under your wing. Being able to mimic other sounds and incorporate them into your song could mean the difference between a successful breeding season and a frustrating few months. 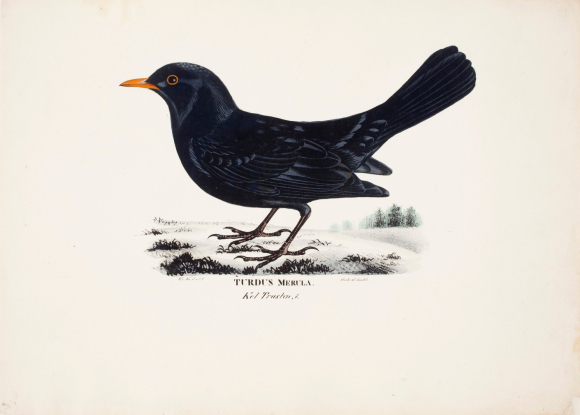 The following recording of a blackbird, made by Richard Margoschis in 1992, is a special one, not just because the male is able to accurately mimic the call of a nearby bird, but that he appears to do so spontaneously. While singing from a hawthorn bush on the edge of a yorkshire moor, our blackbird is accompanied by the mournful 'pu-we' whistles of a nearby Golden Plover. As the plover continues, our male stops, listens and then gives his own rendition of the call.

Was this just a one-off? Or was our blackbird so chuffed with his efforts that he decided to make this imitation a permanent feature of his song? Unfortunately we'll never know. But what we can say is that this little bird gets ten out of ten for effort.

Contemporary Britain, Recording of the week, Save our Sounds, Sound and vision, Wildlife sounds