It's been 40 years since the release of the Acorn System 1. One of the earliest British personal computers, it was not much to look at, just a circuit board studded with electronic components, a keypad, and a digital display. Largely developed by Sophie Wilson, with contributions from Steve Furber, the System 1 was typically sold as £65 kit that had to be soldered together by the buyer themselves. The little machine couldn't do very much, but gave electronic enthusiasts the chance to play around with a personal computer of their own, a concept that was little more than science fiction a few years previously. Before the 1970s computers were large and expensive machines, electronic brains for scientists, number crunchers for corporations or Big Brother. It was thanks to affordable machines like the System 1 that computing began to come to the masses. 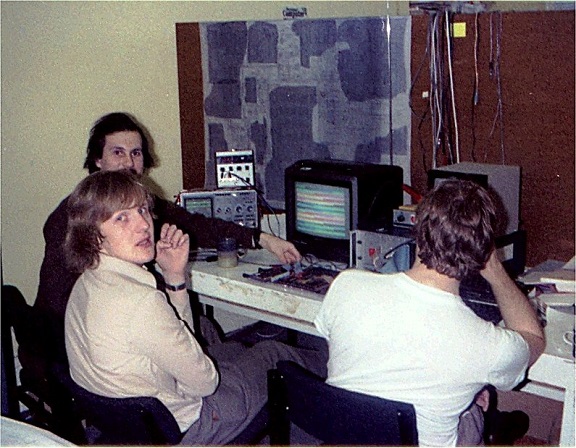 Fittingly enough for such a futuristic idea, the System 1 would itself feature in science fiction a few years later, with an appearance as a spaceship's computer in the BBC television series Blake's 7. This was somewhat to the surprise of its developers at Acorn, as Steve Furber recalled in an interview for An Oral History of British Science.

After the System 1, Acorn's designers, led by Wilson and Furber, went on to develop a series of popular personal computers, including the Acorn BBC Micro, which introduced millions of school children to computing for the first time. In the mid 1980s they also developed the first ARM chips, a revolutionary family of computer processors. There have been over a hundred billion ARM chips manufactured since and this distant, but direct descendant of the System 1 can be found inside electronic devices the world over; there's probably one inside your smartphone. However, as Furber recalled, back in 1979 “I don’t think anybody really saw the consumer boom and the sort of computer in every house scenario.”

This blog is by Tom Lean, National Life Stories Project Interviewer and the author of a book on the history of British home computing. Tom interviewed Steve Furber for An Oral History of British Science (reference C1379/78) in 2012 and he is featured on the Voices of Science website.

Posted by Charlie Morgan at 1:08 PM