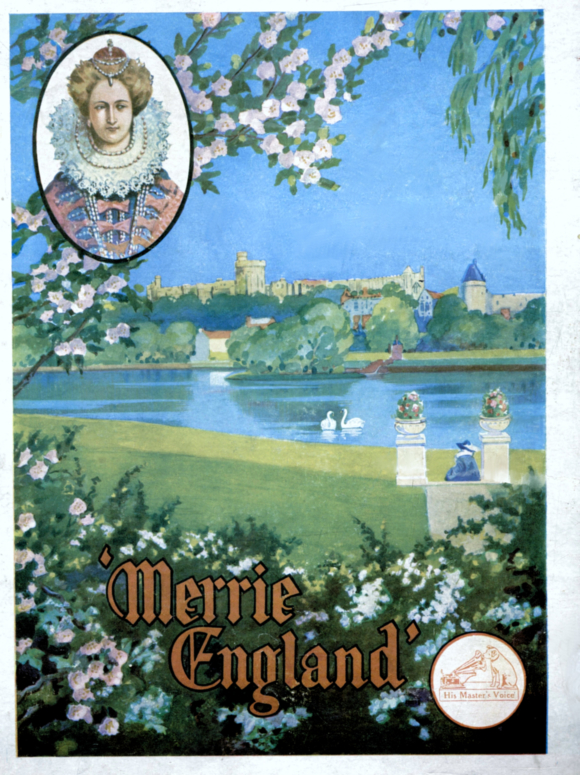 To celebrate St George’s Day this year I have selected a work whose popularity lasted well into the twentieth century.

When Arthur Sullivan died in 1900 he had written fourteen operas with his writing partner W. S Gilbert together producing such famous and immensely popular titles as The Pirates of Penzance, HMS Pinafore, The Mikado and The Gondoliers.  In his last works he collaborated with librettist Basil Hood (1864-1917), but Sullivan died before their last work, The Emerald Isle, was completed.  English composer Edward German (1862-1936) was asked to finish the work and this led to further collaborations with Hood, the most famous being Merrie England from 1902 and Tom Jones from 1907. 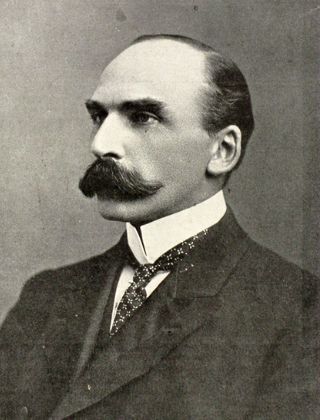 Merrie England is a comic opera set in the court of Elizabeth I.  The work played at the Savoy Theatre during 1902 and 1903 and the runaway hit from the show, The Yeomen of England, was recorded at the time in remarkably good sound by its originator, Henry Lytton (1865-1936).  In the days before microphones and amplification, singers had to be heard throughout a large theatre unaided, so the recording studio’s acoustic horn easily captured Lytton’s large and powerful voice.

The opera proved so popular that in 1918 a complete recording was made by HMV on eleven twelve-inch 78rpm discs supervised and conducted by the composer.  This was quite an undertaking for its time as generally only extracts, arias and songs were recorded from operas and shows.  It would also have been extremely expensive to buy the complete set of acoustically recorded discs. 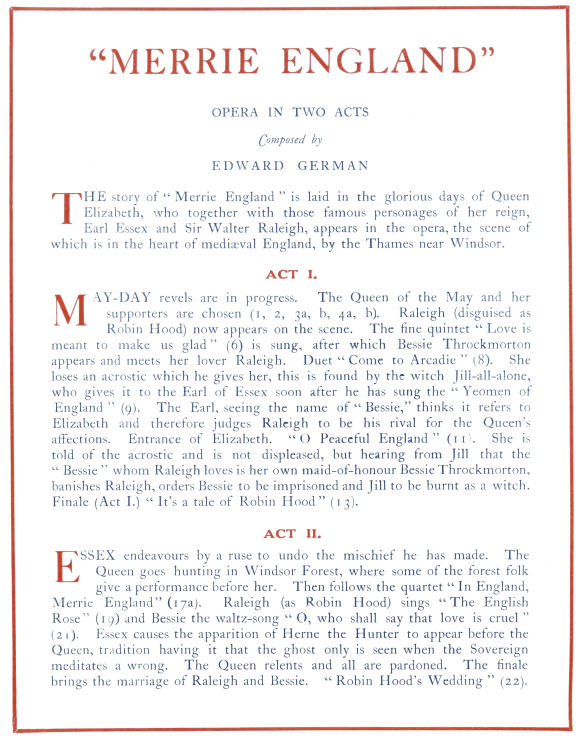 The soloist for The Yeoman of England was Charles Mott, an English baritone who had made his name in Wagner roles, including the English premiere of Parsifal, and was chosen by Elgar to appear in some of his performances and productions.  Mott recorded the side on 27th February 1918.  Although already thirty-eight, Mott was conscripted into the army and joined the Artists Rifles.  Three months after making this recording he was shot at the Third Battle of Aisne on 20th May 1918 and died of his wounds two days later.  The disc label, therefore, reflects this. 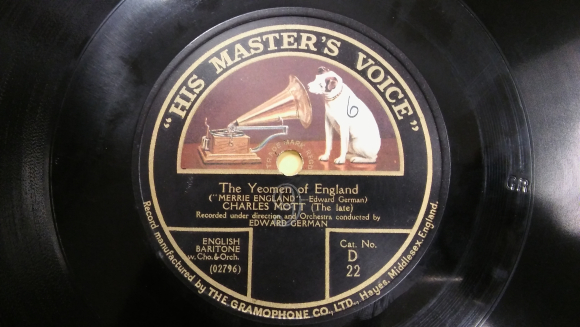 A later recording, by the sonically superior electrical process, was made in 1931 and although conducted by Clarence Raybould, it was recorded ‘under the supervision of the composer.’  The work’s popularity continued through amateur productions up and down the country and HMV recorded it again in 1960.  The work is still revived at times of patriotic events such as royal jubilees, the most recent being in 2012 for the Queen’s Diamond Jubilee. 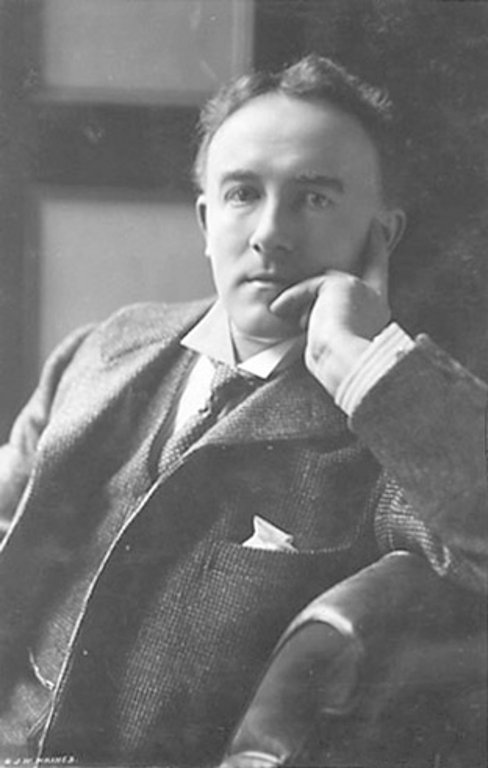