The repertoire of contemporary celebratory exclamations is one of the most joy-filled parts of the Evolving English WordBank. This recording was contributed by a man born in 1965, who defined his accent as Nigerian and spoke both English and Yorùbá. 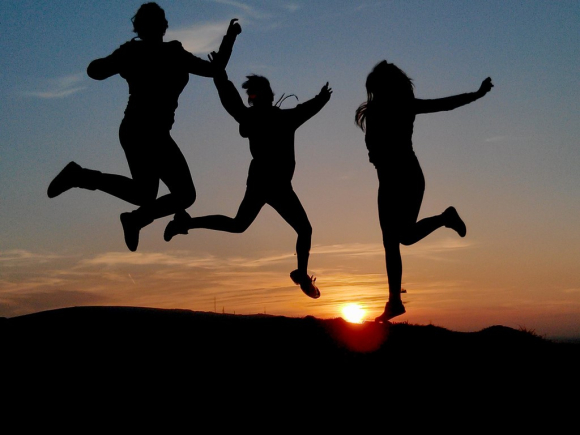 Yorùbá is one of Nigeria’s four most widely spoken languages, alongside Hausa, Igbo and English (which is the official language). Part of the Niger-Congo group of languages, it is the first language of an estimated 20 million people in southwestern Nigeria, with more speakers in Benin, Togo, Ghana, Senegal, the Gambia, UK, USA, Brazil, Cuba and elsewhere. Like many other African languages, Yorùbá is tonal: the pitch at which syllables are voiced can denote different meanings of words of the same spelling. For example, oko means farm, whereas òkò means projectile.

This recording contains a letter that you will not find in the English alphabet. The Yorùbá alphabet consists of twenty-five letters. Almost all of the consonants have the same pronunciations as in English, except for the letters p, gb and ṣ:

The letter gb has no similarity in the English language. It does not represent a separate pronunciation of g and b as spelled but articulated as a simultaneous release of both, following a contraction of the lips and muscles of the throat.
(Fakinlede, K. 2002. English-Yorùbá Yorùbá-English Modern Practical Dictionary, p. 11-12)

The expression is also striking for its poetic devices of repetition and onomatopoeia, whereby a word is formed through imitative sounds that convey its content. (The term onomatopoeia derives from the Greek onoma, onomat [= ‘name’] + -poios [= ‘making’]). The first part of the phrase, gbamu gbamu, indicates being overfilled, and the second, jigi jigi, resembles a drumbeat rhythm. As Professor Karin Barber told me, “In Yorùbá, speech easily turns to song, and it’s said that aiduro nijo [not standing still is tantamount to dancing].” When I asked my Nigerian friends from Yorùbáland Yinka, Funke and Edward whether they say gbamu gbamu jigi jigi, they immediately flung their arms in the air and swung their hips while chanting it back to me. Their moving answer transformed our spoken interaction into contagiously grinsome conversation-as-choreography! (Try this on someone today!).

Our contributor’s verbal celebration contrasts with the numerous utterances of dismay that are preserved in the collection, and which are often similarly replete with arm flinging. Favourites that we have tweeted include the Yiddish expression oy vey and a refrain of my own West Sussex and Hampshire childhood soundscapes my giddy aunt.

We’d love to know the exclamatory slang and dialect that you shout, sing and dance when the silent stillness of a texted emoji just won’t do. So do tweet us at @VoicesofEnglish. Meanwhile, I wish you all a jazz hands kind of day!

Amy’s at-sea poetry installation SOUND((ING))S is available to hear online or to read in chapbook form as the transcript PASS PORT.