This week we feature the voice of Lilian Baylis, talking about the Old Vic and Sadler's Wells theatres, which she famously managed. The Old Vic company nurtured the careers of Laurence Olivier, John Gielgud, Peggy Ashcroft and Sybil Thorndike amongst many other notables of 20th-century British theatre.

The recording was made in the mid 1930s at the invitation of the Vic-Wells Association, and produced as a one-sided HMV Private Record. It is not known how many discs were originally pressed or still exist today. 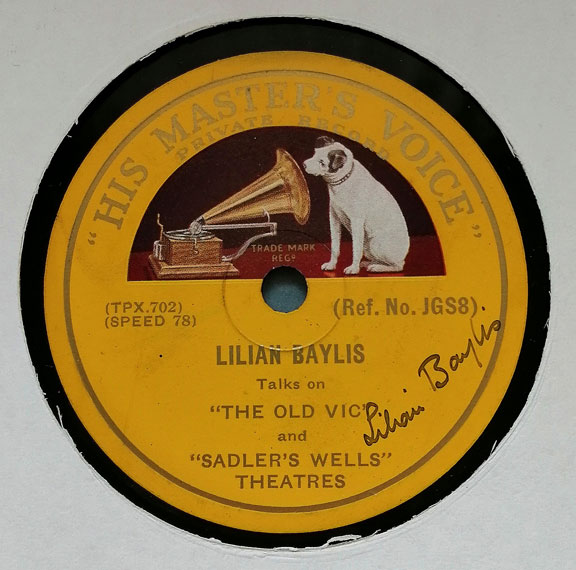 Our copy, which is signed by Lilian Baylis on the label, was donated in 2003 as part of the archive of theatre designer Tanya Moiseiwitsch.