Recording of the week: kids say the funniest things

Watching a child acquire its first language is a fascinating process. At a certain age, children naturally apply rules drawn from their exposure to their mother tongue to create forms which ‘seem’ right. The most obvious example is how some young children initially form past tenses such as drinked and falled. The fact that children don’t hear these forms from adults around them proves that they are not just ‘learning’ language and copying others, rather that they have an in-built language faculty and can intuitively apply rules to words, albeit in some cases not producing conventional forms.

As children begin to experiment creatively with language, they often produce the kind of innovative construction discussed here. As their ability to express themselves grows they sometimes invent original expressions, such as the phrase fully-handed [= ‘overladen/carrying too much’].

In the following clip, Terri Bond speaks about an original expression invented by her son:

'If a child has used a word wrongly that makes everyone laugh, it then becomes part of your family’s vocabulary. We have loads of them, we’ve got one of them where I once asked Jonathan to pick up his coat as he was getting out of the car and he’d got a book, a cuddly, and he was about four, he said 'I can’t mummy I’m fully-handed', so now if you’ve got too much to carry in our house you’re now fully-handed and you don’t realise that other people don’t know what you’re talking about and think you’re a bit odd.'
BBC Voices Recording in Jersey © BBC 2005 C1190/39/02 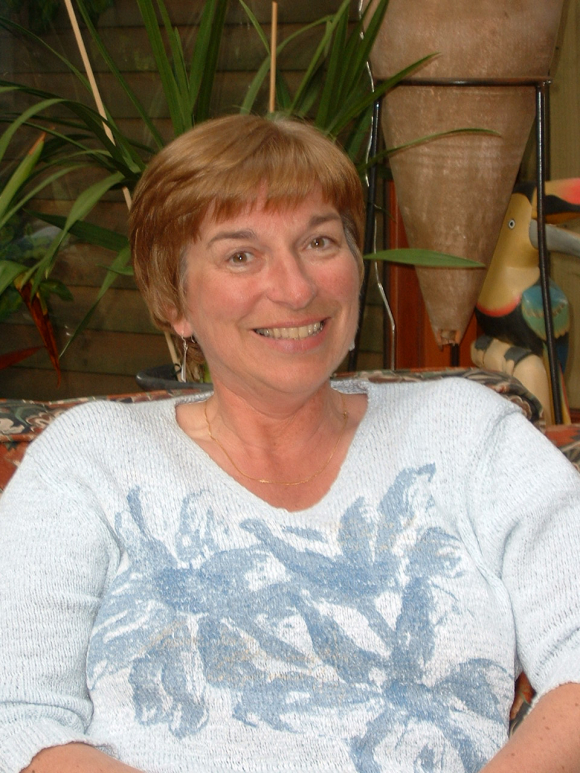 Photograph of Terri Bond who speaks about original expressions and family vocabulary.

This word captures the concept perfectly and is in fact grammatically acceptable, but does not reflect idiomatic usage. The effect is often comical to adults and most families can list numerous examples of the wonderful expressions invented by young children that become part of their ‘kitchen table lingo’. One of several such expressions that have stuck in our family is the tendency to describe fresh food as on, since all three of our children when younger made a point of enquiring before pouring milk on to their cereals first thing in a morning: is this milk off or on?

We’d be delighted to hear examples of your kitchen table lingo, so do tweet us at @VoicesofEnglish.