‘My Other Piano’ – the classical side of Winifred Atwell 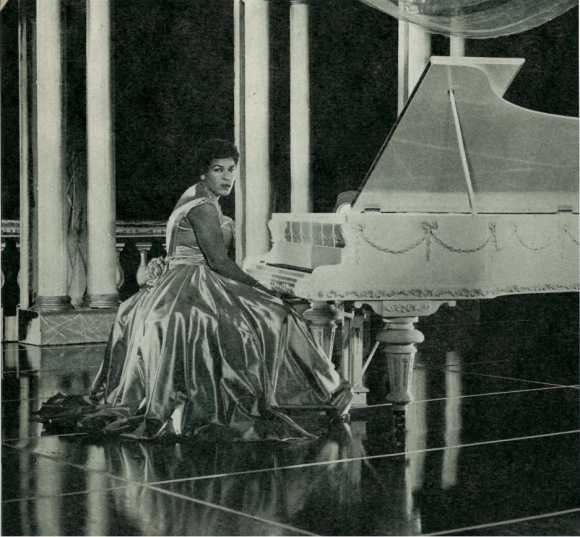 Little is known about the early years of Winifred Atwell but she is thought to have been born in either 1910 or 1914. By the 1950s the Trinidad-born pianist had become a household name in Britain and Australia but has become a forgotten figure today.

Although various sources claim that Atwell arrived in London in 1946, BBC documents show that she actually appeared on at least two episodes of the radio programme Calling The West Indies in 1945, and was already living in London by this time. Her first appearance was as piano accompanist to a fellow Trinidadian, renowned singer and actor Edric Connor. In 1993, his widow, Pearl Connor, spoke to Stephen Bourne in this unedited interview about Atwell for the BBC Radio 2 programme Salutations.

Following the 1945 broadcasts, Atwell was asked to perform on the radio on a number of occasions over the next year before her inaugural TV appearance on the BBC’s Stars in Your Eyes on the afternoon of 21st October 1946. Winifred Atwell made her name mainly from popular music but, as she continued to show in her stage act, she was also well-versed in standard classical repertoire. Soon after her arrival in Britain, she began taking piano lessons with Harold Craxton (1885 – 1971), a well-respected teacher at the Royal Academy of Music and sought-after accompanist. In another unedited interview for Salutations, Michael Craxton, Harold’s son, described Atwell’s visits to the family home to study with his father.

After working with a variety of agents from early on in her career, Atwell was represented by Bernard Delfont Ltd from July 1948. Delfont was a former music-hall dancer and theatrical agent before embarking on a career as a successful theatre and leisure impresario – his brothers Lew and Leslie Grade were also theatrical agents before both becoming television executives. This collaboration proved to be very successful and Atwell was in huge demand for her TV, radio and live theatre performances. By the late 1950s she was earning the equivalent of around £4,000 per TV appearance.

Michael Craxton also refers to Atwell's work with his father on Grieg’s Piano Concerto in A minor. On the 28th November 1954, Atwell made her classical debut at the Royal Albert Hall performing this piece with the London Philharmonic Orchestra, conducted by Stanford Robinson (1904 – 1984). A few days later on the 1st and 2nd of December, Atwell recorded the work for the Decca label with the same ensemble and conductor. These sessions were Decca’s first ever UK stereo recordings but sadly this experiment remains unpublished and the concerto was only issued in mono.

Despite her abilities and considerable public draw, assumptions made due to her race and success outside of the classical genre meant that Atwell was not taken seriously as a classical musician. However, her work mainly with pop and jazz-influenced music led to the achievement of a remarkable amount of success during her career, including two British no. 1 singles – Let’s Have Another Party (1954) and Poor People of Paris (1956). Her highest-ranking classical recording was of the 18th variation from Rachmaninoff’s Rhapsodie on a theme of Paganini, which was performed on the soundtrack of the film The Story of Three Loves by Jakob Gimpel. Atwell’s version, with Wally Stott and his Orchestra, peaked at no. 9 in the UK charts in 1954. 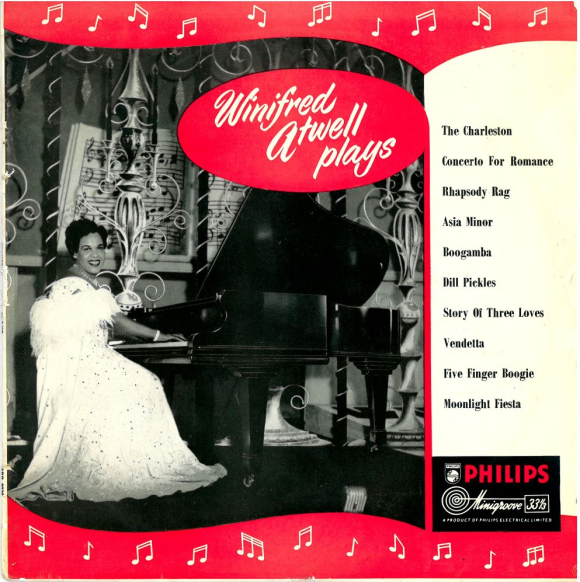 I was pleased to correct details of Atwell’s early career through my Edison Fellowship research at the BBC archives at Caversham and to be able to put this into context with the rest of my work on Black music in Britain before 1960.

Posted by Jonathan Summers at 10:28 AM