Recording of the week: securing the right to read

Along with many other libraries around the world, the British Library celebrated LGBTQ+ Pride this summer, with staff from St Pancras and Boston Spa joining the parades in York and London.

This Recording of the Week takes us back to 1985, when Pride was a very different kind of event with a much stronger political tone. With around 10,000 people in attendance, the 1985 march was considered to be the biggest to date. In comparison, an estimated 1.5 million people gathered in central London to mark the annual parade this year.

This recording comes from a collection of brief street interviews conducted at the 1985 Pride March, through which we can gain an insight into the atmosphere of the event and the thoughts and preoccupations of those attending. A recurring concern were the raids and seizure of imported books by UK Customs and Excise, which most famously involved independent bookseller Gay’s the Word in Bloomsbury, but also affected other organisations that sold or distributed gay and lesbian reading material. More than one hundred imported titles were deemed ‘indecent or obscene’ under the 1876 Customs Consolidation Act, and confiscated. 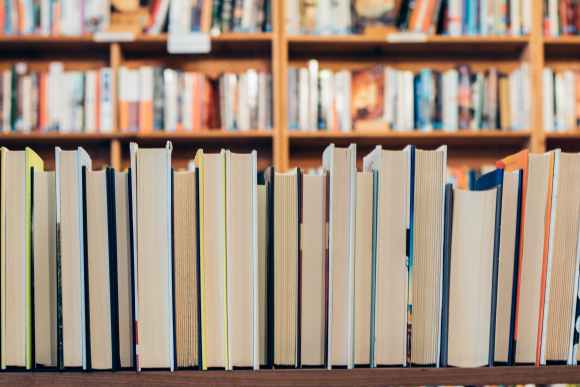 Photo of neatly stacked books placed in front of a wall of bookshelves by Jessica Ruscello on Unsplash. Click here to view image credit.

In this short clip, a marcher from the Gay Christian Movement, a charity founded in 1976, describes the impact  of this state censorship and the expensive legal battle against it, and shares their thoughts on our right as people in a free society to read and, most importantly, to choose what we read.

Both the Gay Christian Movement and Gay’s the Word faced charges of conspiring to import indecent material, but mounted successful opposition to these acts of repression with the strong support of both authors and publishers and the wider community of readers.

Technology has altered the way in which many of us engage with and access reading material, but the sense of community and solidarity that can be created through literature, particularly for LGBTQ+ and other marginalised populations, remains just as important. This theme will be explored over several events at the British Library in the upcoming season, including Banned Books Week in September, which examines censorship and other barriers to self-expression. More information and tickets can be found on our events page.

This recording belongs to the Hall Carpenter Oral History Archive, which has been digitised as part of the British Library's Unlocking our Sound Heritage project