Recording of the week: The Beautiful Garden

I recently came across Robert Pogue Harrison’s Gardens: An Essay on the Human Condition, a book on the cultural, historical and philosophical significance of gardens. Throughout, Pogue reflects on the relationship between ‘care and gardens’.[1] The act of tending to and cultivating a certain special place, he says, frames gardening as a model for tenderness and responsibility, above all ‘as a counterforce to history’s deleterious drives’.[2] In other words, gardeners take time and effort to cultivate a small perfectible corner of the world, against the chaos and disorder around them.

I mention this book as gardens have come to my attention several times recently, namely through ‘The Beautiful Garden' , an acapella vocal piece performed by Valerie Chapman found in the Roy Palmer English Folk Music Collection and the opening of the British Library’s community Story Garden. Click here to learn more about the Story Garden, a temporary community-run garden giving space for people to plant, cook and be together. 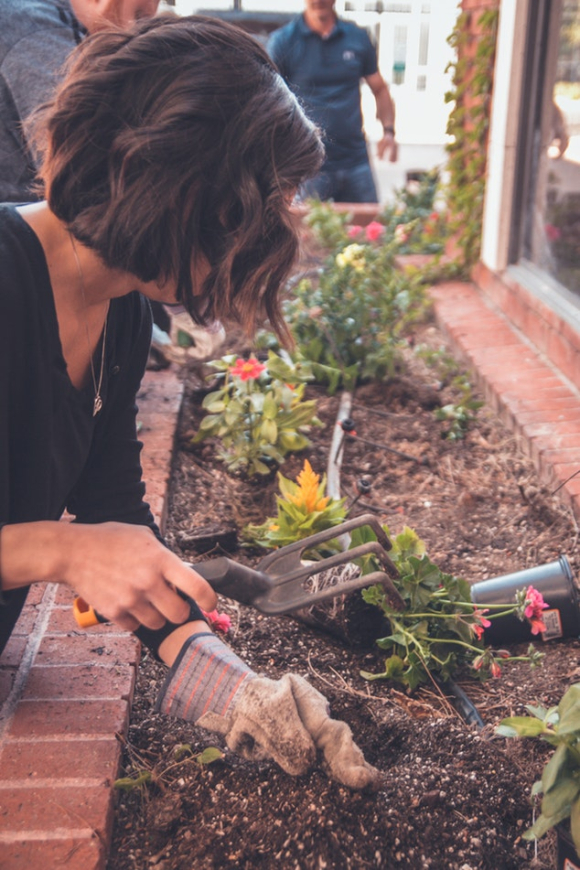 A woman plants flowers in a flowerbed

‘The Beautiful Garden’ tells the story of a boy and girl from vastly different backgrounds who strike up a chance friendship while playing from either side of a garden fence. The song considers how unfortunate and petty the things that divide them are and imagines a time when the pair might happily walk ‘side by side.’

Though there’s very little information about Valerie Chapman, there is a little more about her father, George Dunn. George’s recordings, from which ‘The Beautiful Garden’ is taken, form a significant part of the Roy Palmer English Folk Music Collection. A chain maker and traditional singer from the village of Quarry Bank, Birmingham, George was descended from a line iron workers. He performed at private parties and public houses, but once he’d retired from the life of a musician, even his daughter was largely unaware of his musical background.

Beginning in the 1960s, Roy Palmer dedicated himself to collecting and sharing traditional music and folklore, including soldier’s songs and folk drama. The Roy Palmer Collection consists of 140 hours of field recordings of traditional English music in 1549 sound items. These recordings were largely produced in Warwickshire, Gloucestershire, and Birmingham, where Dunn was based.