Swans are often portrayed as elegant and beautiful birds, and while they can be very aggressive, they are certainly among my favourite birds to see and hear. So it was an absolute joy when I had the chance to catalogue many reels of swan recordings. I enjoyed many of the recordings in these reels, including the stunning wingbeats of Mute Swans in flight and even a heartbeat which I previously selected as a recording of the week last year. 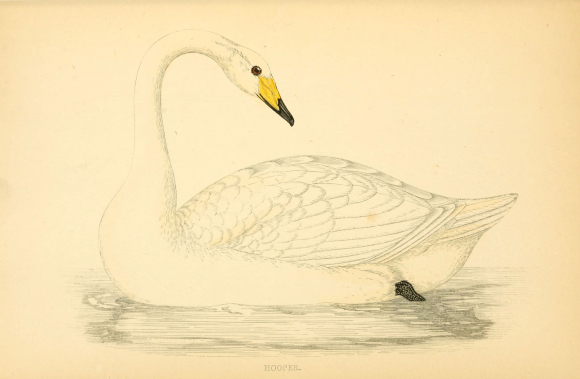 This recording of Whooper Swans (Cygnus cygnus) by John Corbett was captured in the tranquility of the Swedish lakes. Two whoopers can be heard bellowing to each other. An impressive sound on its own, but here the sound diffuses, reverberates and echoes throughout the vast mountainous surroundings so perfectly that it’s as though the landscape was designed especially for these calls. Or perhaps these vocalisations evolved in this habitat to resonate further for long distance communication. The pair take flight as the recording plays on, beautifully demonstrating the Doppler effect as they fly past the microphones and out to the horizon, their calls gradually fading into the echoes from the environment. Just stunning!

Digitisation, Recording of the week, Save our Sounds, Sound and vision, Wildlife sounds