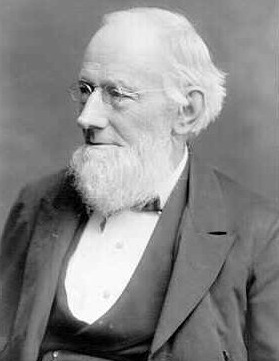 When Isaac Pitman delivered a speech to the Phonographic Association in 1891 one would think it was to an assembled gathering of enthusiasts of Edison’s discovery of sound recording in the form of the newly invented phonograph.  However, Pitman was the inventor of phonography – a system of phonetic shorthand that he developed in 1837 which came to be known as Pitman’s shorthand.  By 1886 he had sold one million copies of his Phonographic Teacher in Britain. Indeed, for most of the twentieth century hundreds of thousands of women learnt to read and write shorthand and use a typewriter to gain employment as secretaries. 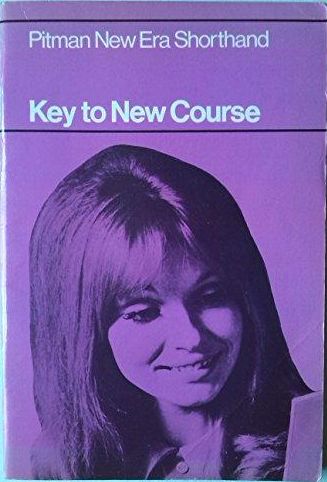 Isaac Pitman was born in 1813 in Trowbridge, Wiltshire.  In 1835 he became a teacher, married a widow twenty years his senior and opened a small school in Bath.  He married again in 1861 a woman twelve years his junior.  By the age of thirty Pitman, an advocate of spelling reform for the English language, had his own publishing firm and gave up teaching.  His system of shorthand was used worldwide and during the 1840s he originated the idea of correspondence courses due to the uniform postal rate adopted in the United Kingdom at that time.  He set up the Phonetic Institute at Bath – a printing office and publishing house for the dispatch of books to all parts of the world, a business managed by his two sons.

In 1894 Pitman was knighted by Queen Victoria and he died in 1897 at the age of eighty-four.

Although similar names, but completely different scientific paths, it seems that Pitman’s phonography and the phonograph actually were brought together, for by 1891, when he was nearing eighty, Pitman was unable to travel from Bath to London to give his lectures at the National Phonographic Society meetings.

The speech of Sir Isaac Pitman, who is unable to attend personally, will be delivered by the phonograph, a special messenger having been dispatched by Colonel Gouraud to Bath for the purpose of recording it.

The two ingenious inventions for mastering the human voice were brought in contact tonight at the annual meeting of the London District of the Phonographic Society.  Mr Isaac Pitman was unable to be present in the flesh, yet his spoken message was entrusted in Bath yesterday to Edison’s phonograph, and was delivered tonight in London to his disciples.  Before the phonograph delivered Mr Pitman’s speech, Colonel Gouraud explained on its behalf that, in order to be heard in the hall, it was not necessary to speak loudly into the instrument, but that one ought rather to pronounce one’s words clearly and deliberately.  Mr Pitman, knowing that his remarks were to be uttered in a large hall, had attempted to raise his voice in proportion, with the result that his speech came in a somewhat vague and husky manner from the phonograph.  Nevertheless, it could be heard by an attentive listener at the back of the building.  The diplomas of the Phonographic Society were afterwards distributed, and there was an exhibition of typewriting, which is becoming a vast industry for young women in the Metropolis.

However, the correspondent of the Coventry Evening Telegraph disagreed about the quality of the recording and thought that

Phonography and the phonograph were in pleasant companionship last night.  The occasion was the first annual meeting of the National Phonographic Society – an association founded to advance a well-known system of shorthand writing, and to test, and attest by diplomas, the efficiency of public teachers of the art.  The venerable founder – Mr Isaac Pitman – was unable to be present, but the speech that he would have delivered was spoken by him at Bath on the previous day, and recorded by one of Edison’s phonographs.  By this means it was reproduced with such clearness that every word was heard by the audience which filled the Memorial Hall, London. 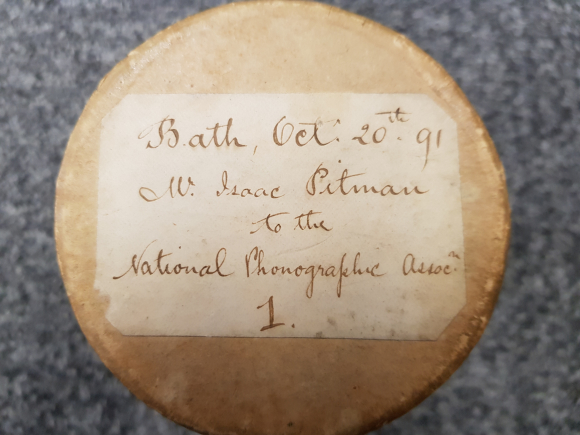 The first cylinder of Pitman’s recorded speech has survived so we can now hear the voice of a man born more than two hundred years ago.  Here is the commencement where he thanks the Earl of Albemarle, a transcript of which is below.

Isaac Pitman, to the phonographers speaking here tonight.  My Lord Albermarle, Ladies and Gentlemen, phonographers all, I greet you right heartily.  I would be present in person if I could leave my desk with a clear conscience so that, even from a hundred miles from London, I can speak to you without writing thanks to Mr Edison, Colonel Gouraud and his assistance.   And especial thanks are due from the, the disassociation for obtaining thus my invisible presence.

And here is the least worn part of the cylinder where he speaks about phonographers are phonography bringing him into contact with people across the world.

Their labours, by extending phonography to all parts of the earth where the English language is spoken have brought me into communication with a great number of people who reside in distant countries extending from California in the West to Japan in the East and Tasmania in the South.

There is a memorial plaque to Pitman in Bath Abbey the inscription of which reads:

Inventor of Pitman’s shorthand.  His aims were steadfast, his mind original, his work prodigious, the achievement worldwide.  His life was ordered in service to God and duty to man. 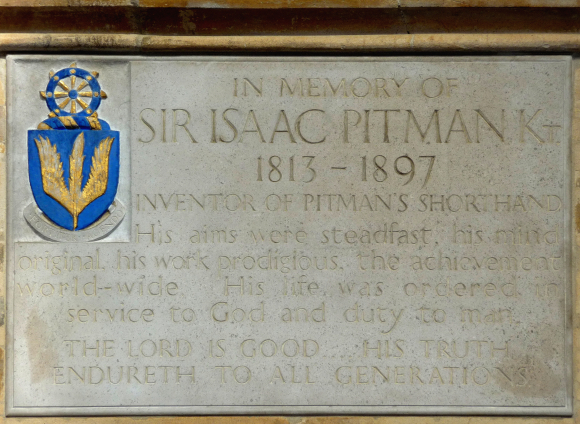 Posted by Jonathan Summers at 2:52 PM