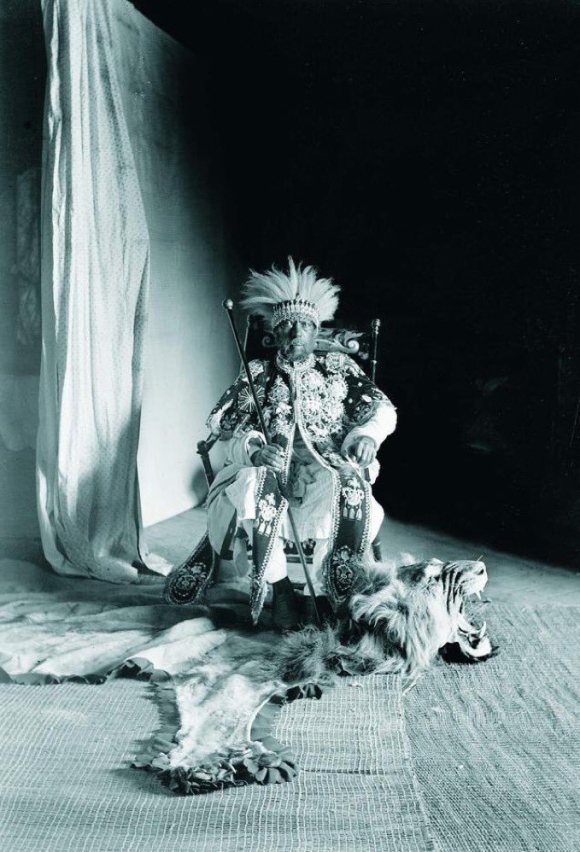 The year 2019 marks the 175th anniversary of the birth of King Menelik II, one of Ethiopia’s most famous and influential monarchs. King Menelik and his wife Queen Taytu bequeathed an important legacy to all Africa.  To celebrate their many achievements and lasting influence as Ethiopia’s most popular king and queen, we would like to invite you to hear a phonograph recording of the voices of these monarchs.

Few African leaders have achieved such fame as the Ethiopian King Menilik II.  He was born in Shewa on 17th August 1844 to King Haile Malakot (1824-1855) and his wife Woizero Ejigayehu. After the death of his father, Menelik was taken prisoner by Emperor Tewodros II, and ten years of his life were spent in captivity at the fort of Maqdala.  In November 1889, after the death of Yohannes IV, he was proclaimed King of Kings, Menelik II.  According to the official Ethiopian court chronicle of the period, he was named after the legendary first king of Ethiopia Menelik I , who was the eldest son of Makeda, Queen of Sheba and ruled over the country in the 10th century BC.

Menelik II’s triumphs on the battlefield of Adwa (1896) against an invading force of Italian troops allowed him to extend Ethiopia’s sphere of influence over most of East Africa.  Menelik II was the first Ethiopian king to succeed in mobilizing all the quarrelling nobles and regional rulers to unite against the Italian aggression.  His victory completely reshaped the balance of power in the Horn of Africa, allowing Ethiopia to play an assertive role in the geopolitics of the strategic Red Sea region.  Under his rule Ethiopia reached the zenith of its economic, political, diplomatic and cultural power.  The era of King Menelik II and Queen Taytu also saw the geographical expansion of the boundaries of the Ethiopian kingdom.  For peoples suffering under colonial rule Ethiopia became a symbol of hope and inspiration in their struggle towards freedom.  King Menelik’s great victory against the Italian General Oreste Baratieri at the Battle of Adwa also become a source of inspiration for the worldwide movement of pan-Africanism in the early twentieth century. Equally celebrated for her considerable political power and participation in the Battle of Adwa was Taytu Betul (c.1851-1918). Taytu was descended from a northern princely family who had ruled the northern region of Ethiopia since the seventeenth century.  Her education and family background gave her a keen insight into the workings of the court and political life, rendering her a formidable ruler in her own right.  Queen Taytu was admired for her mastery of the way the power structure functioned, and her diplomatic tact in dealing with the quarrelling factions of nobles who were constantly vying for the king's patronage.  As a result she was popularly known as ‘the light of Ethiopia’. 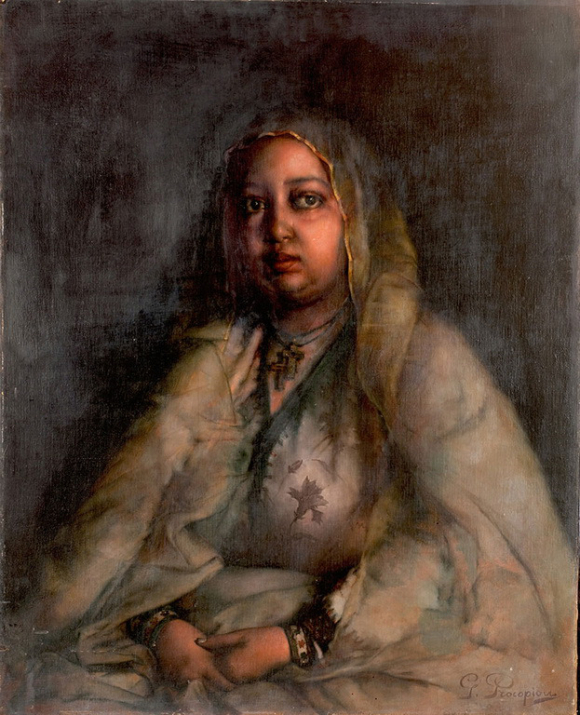 The capital city of Ethiopia, Addis Ababa, was founded by Menelik II in 1889, though it is important to note that the location was both selected, and named by Taytu.  Her reign can be seen as representing the foundation of modern Ethiopia.  Menelik, on the other hand, founded the first modern school, and established the Ethiopian national bank, as well as the first railway, telegraph system and telephone lines.  One spectacular achievement was the construction of the railway from the Red Sea coast to Addis Ababa.

The victory of Adwa brought Ethiopia to the attention of the world, and soon new diplomatic relations were established and old ones renewed.  The history of diplomatic relations between Ethiopia and England can be traced as far back as the fifteenth century.  The British Library’s collections include the copy of a letter from King Henry IV to 'Prester John, King of Abyssinia' written in 1400, seeking to open communications and establish diplomatic relations.  With the expansion of Ottoman power in the eastern Mediterranean and north Africa, from the sixteenth century onwards the diplomatic relations between Europe and Ethiopia were characterized by a mutual awareness of the vital role each side could play in checking and containing the steady and at times seemingly irresistible expansion of the Ottoman Empire.

Britain was one of the first to resume its alliance with Ethiopia, and in 1898 Queen Victoria sent a recorded phonograph message to King Menelik and Queen Taytu, expressing the 'hope that the friendship between our two Empires will constantly increase.'  In the following year King Menelik and Queen Taytu returned the compliment by making phonograph recordings of their voices and sending them to Queen Victoria.  Although in poor sound, these cylinder recordings, made 120 years ago, capture a unique relationship between monarchs who never met.

An Amharic transcription of the recording was made by Abraham Demoz for the Bulletin of the School of Oriental and African Studies in 1969:

I, Menelik II, king of kings of Ethiopia, say to our very honoured friend Victoria, Queen of the great English people, 'May the Saviour of the World give you health!'

When the very beautiful and excellent phonograph (recording) of the Queen reached me by the hands of Monsieur Harrington and when I heard the voice of Your Majesty (as if) you were beside me, I listened with great pleasure.

May God thank you for your good wishes for us and for my kingdom.  May God give you long life and health and give your people peace and repose.  I have spoken with M. Harrington concerning all issues between both our peoples.  When he told me that he was now returning to England, I said to him that I would be pleased if he could settle all our affairs before coming back.  And now, may the Queen receive him well.

Furthermore, we have told M. Harrington about Matamma, how our great king is and many of our compatriots died there for their religious zeal.  I have hopes that you will help us in having the English government recognize this city for us.

May God help us that Ethiopia and England may remain in peace and friendship.  Having said this, I extend my greetings of respect to your great people.

I, Itege (Queen) Taitu, Light of Ethiopia, say to the very honoured Queen Victoria, the great Queen of the English...  May God give you health.  Your phonograph has reached me.  With great pleasure I listened to you (as if) you were beside me.  And now, since God has willed to bring my voice to the ear of the honoured Queen, I declare ... that God give you health and long life.  May God keep you many years in good health.

Jonas, R. A., 2011. The Battle of Adwa: African victory in the age of empire. Cambridge, Mass.: Belknap Press of Harvard University Press.

Posted by Jonathan Summers at 12:54 PM