Recording of the week: the lesbians aren't into dustbins

Set up in 1985, as part of the wider Hall-Carpenter Archive formed in 1982, it contains 121 interviews and ten recordings of meetings, covering the time from the 1930s to 1987. The project was coordinated by Margot Farnham and carried out by the two separate lesbian and gay oral history groups, which respectively published the books Inventing Ourselves and Walking after Midnight.

The title Inventing Ourselves was chosen because the book wanted to explore how lesbians had created their lives and contributed to the changes of their time.It stemmed from the need to question the past, become subjects and break silence and marginalisation, from the recognition of the complexities of lesbians’ experiences and from the necessity to provide their own social representation about lesbians.

This recording was made during a meeting whose nature, date and time could not be traced. It features Jackie Forster (06 Nov 1926-10 Oct 1998), contributor to the Arena Three magazine, and among the founders of its successor Sappho, established in 1972. The room is filled with women and contagious laughter. Amusement, freedom and togetherness seem to be the elements permeating the gathering. Jackie Forster delivers a talk which is a recollection of vivacious memories from the 1960s, a time where lesbians thought they were just women who happened to love other women. A time where no role models were available and nobody knew whether there were other lesbians or not. A time where, as a consequence, all that they thought they were and all that they wanted to achieve was to be ordinary, simple women. Perfectly ordinary. Perfectly invisible. Despite the effort, these women failed gloriously, and by doing so they bravely and decisively contributed to that visibility, both in public and in private lives, without which lesbian identity would today be weaker and more prone to external distortions. 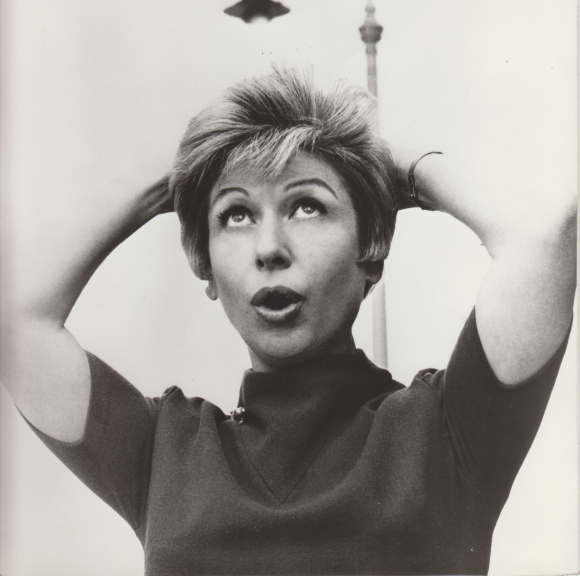 The story starts with that time Jackie Forster and Esmé Ross-Langley went to meet a businessman interested in advertising in the lesbian magazine Arena Three...

We would like to thank Anne, Jackie's partner and Jo, Jackie's niece, for their help and support with this piece. We also wish Jo a happy birthday, a date which she shares with her aunt Jackie.

The Hall-Carpenter Oral History Project has been digitised as part of the library's Unlocking our Sound Heritage project. Follow @BLSoundHeritage for all the latest news from the project.

Contemporary Britain, Digitisation, LGBTQ+, Oral history, Recording of the week, Save our Sounds, Sound and vision