Recording of the week: the pampapiano of Rafael Achomccaray Quispe

Although that was not their primary intention, it was the Europeans who first brought the pampapiano to Peru’s Andean region of Cusco. Music was seen as an important component of evangelisation, but churches in the mountainous areas of Peru lacked the hefty pipe organs that accompanied mass and other religious functions back in Europe. So, they imported small and portable organs to fill the recently-built churches of those remote Andean communities with music. Variably called pump organs, reed organs or harmoniums, those pedal-pumped, free-reed instruments had only four or five octaves and a very limited set of timbres or stops. But they did the job.

Time passed, and as grander organs were brought into the churches, those earlier, smaller models were gradually dismissed. They were, however, adopted by the local population, who started using them outside the church to play religious music but also secular local styles. It was then that this locally-repurposed instrument got its new name. The melodio, as it was known in Spanish, became the pampapiano, from the Quechua word pampa, which means ‘land’ but also ‘ground’ and ‘floor’. Having left the church, the pampapiano could be played almost anywhere in the land. You just had to place it on the ground and start pedalling.

Pictured below is the pampapiano of Rafael Achomccaray Quispe, a professional musician living in San Jeronimo, a very religious village eight miles south-east of Cusco. It is a foldable model that can be carried around by the handle, not unlike a bulky suitcase. It is also an old and quite battered model, with many of the keys worn out by repeated use. 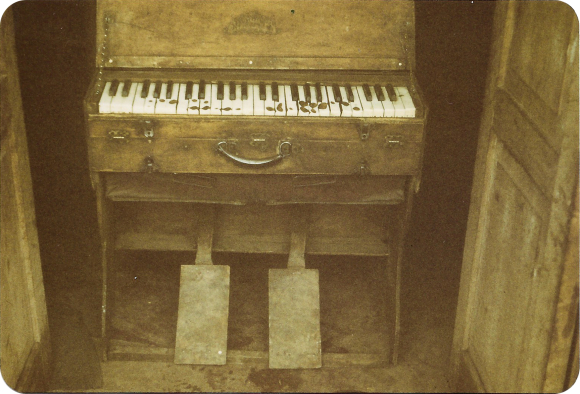 The pampapiano of Rafael Achomccaray Quispe, photographed by Peter Cloudsley. Judging by the marks on the keyboard, it seems that Rafael’s repertoire was mostly in G and D major.

A small plaque on Rafael’s pampapiano (not visible in the picture) says: ‘Piano made by Stevens, Kentish Town, London NW5’, and I wonder what tortuous routes brought this instrument from North London to a small village located at over 3,000 metres high up in the Andes.

Rafael was about 55 years old at the time of this recording, and his hearing was seriously compromised. This did not stop him from performing regularly at weddings, birthdays and baptisms with a group that also included harp, violin and quena (a notched flute). He played entirely from memory, although he was able to read music. 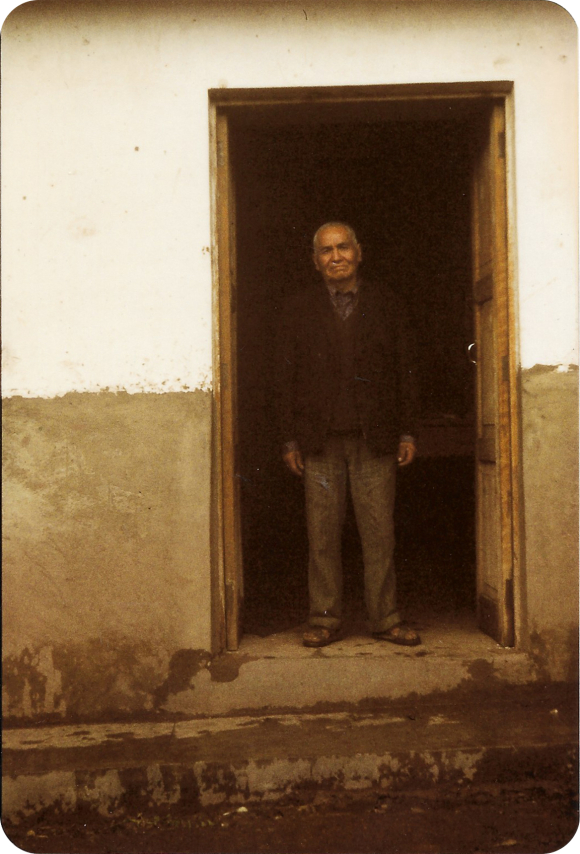 Rafael Achomccaray Quispe at his house in San Jeronimo, photographed by Peter Cloudsey.

Rafael’s repertoire included sacred music but also huaynos, marineras, yaravís and other secular styles. In this week’s recording, made by Peter Cloudsley in San Jeronimo on 12 February 1981, Rafael plays an instrumental yaraví titled Kusco (the clatter of the pedals and keys of the pampapiano is clearly audible throughout).

Many thanks to Peter Cloudsley for allowing us to share his recording and for providing the pictures that accompany this post.

The Peter Cloudsley collection at the British Library holds many more recordings of Rafael’s pampapiano, including songs sung in Quechua, Spanish and Quechuañol (see shelfmarks C9/13, C9/14, C9/15, C9/16). For a short interview with the musician, see C9/19. A recording of a pampapiano being played during Easter mass inside Cusco Cathedral is also part of the collection (see C9/28 and C9/29).

The Peter Cloudsley collection has been digitised as part of the British Library's Unlocking our Sound Heritage project.

Americas, Digitisation, Music, Recording of the week, Save our Sounds, Sound and vision, World & traditional music